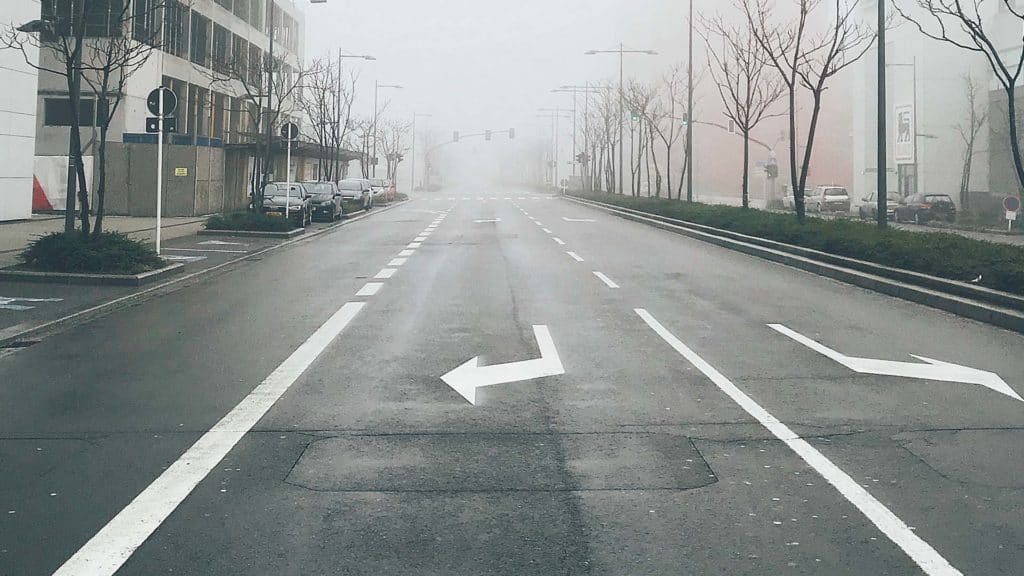 On March 6th, just ten days before many cities locked down for the coronavirus, we released our 2020 Uber/Lyft driver earnings survey. It showed, surprisingly, that earnings were up 31% from our previous year’s survey.

That was unexpected as we had assumed earnings would continue their downward trend. However, we found that Uber and Lyft had been forced by high driver churn to increase driver pay in the form of incentives and bonuses in order to retain drivers.

But that was two weeks ago, and in that short interval of time, the world for rideshare drivers, has turned upside down.

It was good news for rideshare drivers as Uber and Lyft drivers started once again earning good money. But in a stunning reversal, driver earnings have completely collapsed in the last week.

Drivers who are still driving report that they have lost up to 90% of their business in the last week. Other drivers report earning nothing because they have stopped driving altogether in order to protect their health.

92.1 percent of drivers say they are making a lot less in the past week. 6.1% said it was somewhat less. 89.5 percent of drivers surveyed this week report their income has fallen by half or more from two weeks ago when the first lockdowns were put into place around the U.S. Drivers Having a Hard Time Paying for Gas

Nearly 76 percent of our drivers told us they’ve had a hard time paying for routine car expenses, like gasoline, in the last week.

A Big Jolt for Uber and Lyft Too

Just as worrisome as all this is for drivers, it could spell big trouble for Uber and Lyft as well.

These two companies are obviously doing a lot less business and they may lose many drivers permanently. That would greatly increase their recruitment costs when business starts to pick up again. They have previously given out huge recruiting bonuses to attract drivers, which have in the past reached as high as $1,000 for Lyft, and over $2,000 for Uber.

It’s uncertain what these losses will mean for these two companies whose finances were already on shaky grounds. The reason drivers cited most often for driving more is that they are financially desperate and it is only by driving more hours that they have any hope at all of making ends meet because demand is so slow right now. They are having to make a choice between their health and paying their bills.

Nearly fourteen percent of drivers said they lost other jobs so they are going to put even more time into driving to try to make ends meet.

Sixty-eight percent of drivers say they are getting less than half the number of trip requests they used to get.

Twenty-two percent told us they don’t know because they’ve stopped driving either out of fear of getting the coronavirus or because they have symptoms and they’re self-quarantining. All who chose “Other” cited ‘not driving’ as the reason they can’t say how many trips they are getting now compared to normal. Will Drivers Pivot to Deliveries?

Delivering with companies like Shipt, Grubhub, Instacart, Postmates, and DoorDash , or even a handful of alcohol delivery services, potentially offer an alternative for rideshare drivers if they can pivot to it. But whether they will or even whether it would be profitable if they did is still uncertain.

Many drivers believe delivering food is as potentially threatening to their health as driving passengers is. We have indeed heard various reports about how long the coronavirus remains on a variety of materials.

Some news outlets have reported that it remains on cardboard for up to 24 hours. And since a lot of takeout food is delivered in cardboard packaging, that may give drivers pause before they jump in.

Twenty percent of our drivers told us they were already doing deliveries and will now do more. But 37% of them told us they have noticed less business in the last week.

That sounds plausible as people pulled back from spending money in what suddenly became a very uncertain economic environment. That’s a very high “not sure” rate and reflects the fact that there are still many things we just don’t know about COVID-19. There have been many different assertions made about how long the virus survives on different surfaces. This uncertainty will hold a number of drivers back from jumping on the delivery bandwagon.

More than three quarters of the drivers we surveyed told us they fear they might have trouble making their car and insurance payments next month.

Below are a few screenshots to give you an idea of what drivers sent into us. This poor driver sat in his car for more than seven and a half hours and earned just $34.22. That’s about $4.50 per hour – before car expenses. So he actually lost money each hour after taking car expenses into consideration. Several drivers sent us screenshots like this one – showing earnings of $0.00 and time online of 0 hours. It was their way of showing us they had given up and simply weren’t driving anymore. This poor Lyft driver was on the road for about eight hours and only made $68.04 – which comes to $8.50 an hour – which is actually a little better than some of our other drivers. But look at his hours. He was online for a total of eight hours, but only had passengers in his car, “Booked time”, for an hour and forty-four minutes.

That’s why he did so poor on an hourly basis because the vast majority of his time he wasn’t making anything because he didn’t have any passengers. This shows how light the demand was. We received several screenshots like this. They show negative earnings and no time spent driving. These are from drivers who are renting cars directly from Lyft. This is the weekly payment they need to make in order to continue renting the car. However, because of the coronavirus, they have chosen not to drive in order to protect their health and because there’s not enough business to make it worthwhile.

The results from this survey are stunning, especially when compared to our just-released survey showing drivers earning more than ever a few short weeks ago. But it’s not surprising because all of the normal sources of business for rideshare drivers have been shut down.

The primary sources of business are the morning and afternoon commutes to and from work, restaurant and bar business and other large public events after work, and airports. All of these things have been shut down officially in the largest cities and by cautious consumers in other cities.

All large public events, such as concerts, sporting events and conventions have been shut down. Airport business has been as hard hit as gig workers have. And with only essential employees reporting for work now, the daily commute business is all but dead as well.

Obviously, we’re living in unprecedented times. No one knows what next week will bring – much less next month. But for Uber and Lyft drivers, as well as all other gig workers, who have none of the protections that most workers have, these are going to be extremely trying times.

We believe that New York City, with its strict “for-hire driver” licensing requirements will permanently lose thousands of drivers who will shortly be unable to meet their car, insurance and licensing payments.

Because of the strict and expensive licensing requirements, most New York drivers drive as their full-time gig. But most of them were already very close to the financial edge. This, unfortunately, will push many of them into a financial bind so severe that they simply won’t be able to make all the payments they have to make each month to keep it up.

Drivers around the rest of the country, who wish to continue driving will find it difficult as demand will be down anywhere between sixty and ninety percent. And drivers who want to give up driving may find it nearly impossible to find other work to replace their driving income.

We contacted drivers through our regular driver email list and through online driver groups that we participate in. 170 drivers responded between March 23 – March 26. They gave their opinions based on their driving experience between March 16 – March 26. It was the week of March 16th that most of the cities that are now on lockdown began their lockdowns.