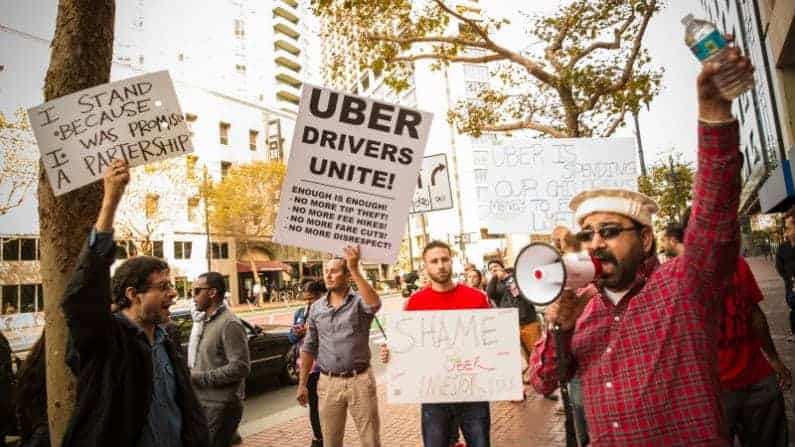 For all of the flexibility and convenience that being a driver for ride-hailing services offer, it’s most certainly not without some serious downsides. Several high-profile studies have been published in the last year which have found that Lyft and Uber drivers make far below minimum wage or, at the higher end, maybe just under minimum wage. Aside from the low pay, ride-hailing drivers in the U.S. do not have any benefits like insurance and are often subject to sudden changes in policies which have forced some out of work. For these reasons and more, eight out of ten ride-hailing drivers now say they would like to organize unions or other groups to help them obtain better working conditions and higher pay.

That’s according to a new study published by researchers from the UCLA Labor Center. The study, titled More Than a Gig: A Survey of Ride-hailing Drivers in Los Angeles, surveyed 260 drivers in the Los Angeles area about their experiences driving for major ride-hailing companies. The survey revealed that for most drivers, driving isn’t merely a side hustle to pick up some extra cash in their spare time: nearly half of the drivers surveyed reported that driving was their only job, while two thirds said driving for ride-hailing service was their primary source of income. However, only one quarter expected driving to become their main job when they started.

More worrisome is the fact that 20% of the drivers surveyed said they rely on public assistance to get buy, while close to 50% face difficulties paying their driving-related expenses. Among all the drivers, there is an undercurrent of anxiety over being deactivated due to bad reviews or cancelled trips, creating a feeling of powerlessness over their own supposedly independent contracting gig.

For these reasons, 80% of the drivers surveyed said they would like to organize unions or other trade groups which could help them secure better conditions and pay. Similar organizations exist in some markets like New York, but are far from universal and still don’t have much clout. In some areas, drivers’ ability to organize might even be prevented by labor laws. Should Uber and Lyft drivers be able to unionize?