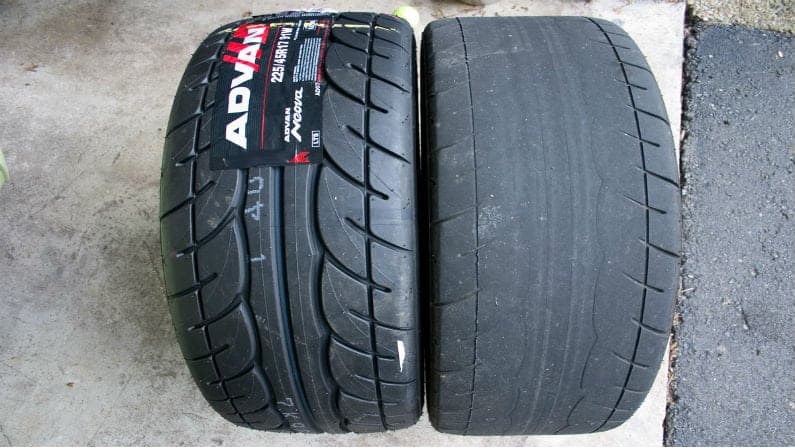 Maintaining a car can be expensive and time consuming, but regular care and maintenance is what keeps your car operating its best. Good car care isn’t just about long-term engine health, though: much of the regular scheduled maintenance on a car is performed to keep your vehicle as safe as possible. Of all the things you shouldn’t neglect on a car, your tires are near the top. Your tires are the link between your car and the road, and worn tires can sometimes mean the difference between life and death. In fact, according to a new study published by AAA, driving on wet roads with worn tires might be even more dangerous than previous data have revealed.

In conjunction with the Automobile Club of Southern California’s Automotive Research Center, AAA conducted a study which tested differences in stopping times at highway speeds between vehicles with new all-season tires and the same vehicles with tires worn down to a tread depth of 4/32”, less than half of most tires’ original tread depth. In the study, worn tires were found to reduce handling ability by around 33% in passenger cars and 28% for light trucks.

AAA’s research also found that when compared to new tires, worn tires increased the average stopping distance by 87 feet for passenger cars and 86 for light trucks, an increase of around 43%. That’s more than the length of a semi-trailer truck; given how closely some drivers like to follow, that difference could easily lead to accidents.

“Tires are what keep a car connected to the road,” says John Nielsen, AAA’s managing director of Automotive Engineering and Repair, in a AAA press release. “Even the most advanced safety systems rely on a tire’s basic ability to maintain traction, and AAA’s testing shows that wear has a significant impact on how quickly a vehicle can come to a stop in wet conditions to avoid a crash.”

AAA urges all drivers to check their vehicles’ tread depth often and replace tires before they get too worn down. One of the easiest ways to check tread depth is with a penny placed in between two of the treads. If Lincoln’s entire head is visible when the penny is sitting in the groove between treads, it means the tires are legally worn out and need to be replaced.