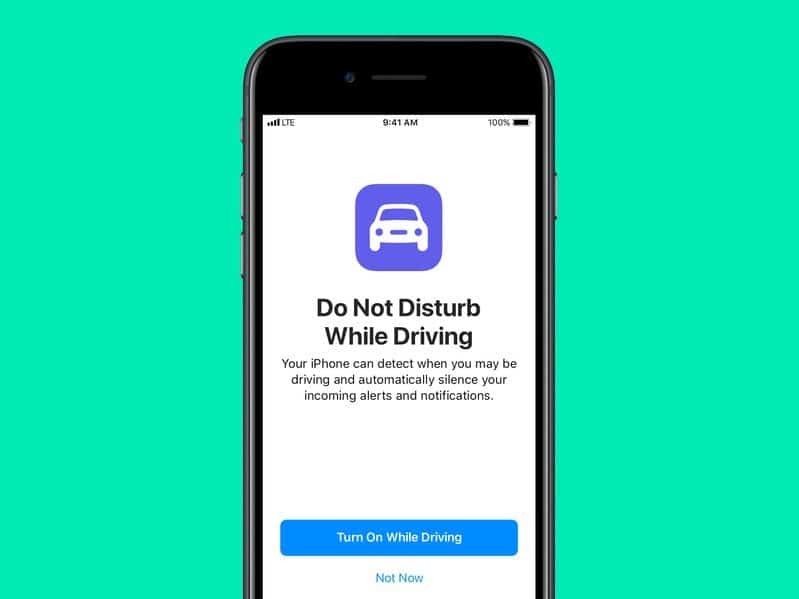 Distracted driving – using electronics while behind the wheel – has become one of the most serious public safety issues of our time. Studies conducted by AAA suggest that while we all know it’s bad, we do it anyway. What’s it going to take for us to take road safety seriously and just put down our stupid phones? Could new “Do Not Disturb” features found in some smartphones be the key to reducing reckless driving behaviors? Apple thinks so, and one new study has found that Apple’s Do Not Disturb While Driving feature might actually be working to cut down on distracted driving. Are apps the answer?

The Apple “Do Not Disturb While Driving” feature found on the iPhone works by hiding potentially distracting notifications which might take drivers’ attention away from the road. The feature has an automatic reply feature which can respond to messages letting contacts know users are driving and will soon get back to them. A recent survey conducted by online car insurance shopping service EverQuote found that in just one month, the Do Not Disturb driving feature was used by 80% of its customers, decreasing overall in-car phone use by 8%.

Three out of four EverQuote drivers surveyed said the believe the app makes them a safer driver. The survey also found that drivers in Montana, Wyoming, South Dakota, Alaska and Idaho have the “best” driving scores based on speeding and distracted driving, while drivers in Connecticut, Rhode Island, Pennsylvania, Delaware and Maryland were the worst.

Are smartphone apps the key to curbing distracted driving, or is more public awareness needed? Ultimately, it’s up to the driver to turn these Do Not Disturb features on, so it’s unclear how successful they could be on a large scale. Ultimately, driving behaviors among the public are needed to curb distracted driving, meaning self-driving cars can’t come soon enough.