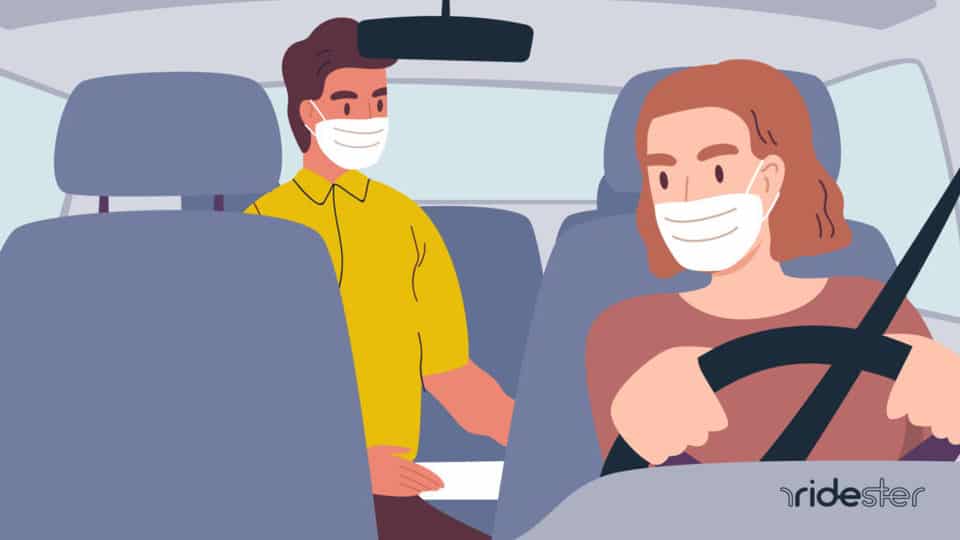 Over one million Uber drivers work in the US, but many don’t understand their job classification.

The difference between independent contractors or gig workers and employees is quite considerable.

From benefits to compensation to job security, the discrepancy between employee status and contractor status makes a massive impact on people’s livelihood.

If you drive for Uber or want to start, this discussion is a poignant one.

So are Uber drivers employees?

In the US, Uber drivers are not technically employees.

An employee position implies a consistent payroll and benefits such as healthcare, dental, 401ks, and more, depending on the company.

If you are an employee, you have certain rights, such as you cannot be fired without reasonable cause, and you are supposed to be guaranteed a certain amount of working hours and pay.

In America, Uber driver classification falls under independent contractors, also referred to as partners of Uber.

Independent contractor status keeps a few degrees of separation between the company and the employee.

While independent contractors can do gig work as they please, they can also be fired or dismissed for no reason at any point in time.

The Uber driver contract is classified as an independent contractor agreement, in which Uber is not responsible for taxes or other legal purposes.

In fact, Uber has gone as far as creating an entire business entity called Raiser LLC, one of many Uber subsidiaries, just to keep things separate.

The contract is standard for independent contract positions.

What’s the Difference Between Employees and Independent Contractors?

When weighing the differences between employee contracts and independent contracts, keep these questions in mind.

The following will help you see the main differences between the two types of employment, giving you perspective when applying to future jobs.

Benefits of Being an Employee

There are many benefits to being an employee, which is why most people opt for full employment positions rather than risk it on independent contracts and self-employment.

Advantages of being an employee include things like tax withholding, making tax season less of a worry, consistent and predictable paychecks, defined working hours, and a clear working structure.

Independent contractors often have hectic and inconsistent schedules and working models that change from client to client.

This doesn’t necessarily apply to Uber drivers, but the changing hours certainly does.

A benefit of being an employee is access to sick days and vacation time.

When independent contractors take a vacation, no one pays them for their time off, and when they are too sick to work, they don’t make money that day.

Employees have less responsibility at the end of the day, as when the workday ends, they can go home.

One aspect you have never considered is that a downside of being an independent contractor is a lack of co-workers.

Not every employed position has co-workers, but most independent contractors do not, creating a potentially lonely work environment.

Benefits of Being an Independent Contractor

One of the best parts of being an independent contractor is that there is no cap on your income.

You can earn more and more money if you have more time to work, while employers often limit your working hours to maintain labor wages.

Many of the benefits of being an independent contractor are obvious.

These benefits include not having a boss that micromanages you, making your own schedule, and having more flexibility to find new opportunities and enhance your career.

Many employees feel a lack of control in their life because they must report to someone else.

Employed jobs can sometimes be unfulfilling, and most workers feel their pay is less than they are worth.

While an independent contractor doesn’t guarantee excellent pay, you are more in control of opportunities you can take and ones you decline.

Are All Rideshare Drivers Independent Contractors?

Yes, as far as we can tell, every rideshare and app delivery service hires drivers as independent contractors.

What Being an Independent Contractor Means for Uber Drivers

There are a few things independent contractors are responsible for, but people with full employment have fewer responsibilities.

Consider these factors when deciding if an independent position is plausible for you.

Employers withhold income tax and other taxes from their employee’s paychecks.

The withheld money takes care of the taxes for the employee, so when April rolls around, they usually have to file their W2.

But when it comes to independent contractors, they are responsible for all of their taxes.

This means that the income they receive is the gross pay, not the net.

The tax form for independent contractors or self-employed people is usually a 1099 or W9, which are more in-depth than a W2.

If you make money from an independent contract, one of the biggest added responsibilities is managing your money and ensuring you have money when tax season rolls around.

When you are an independent contractor, and you lose your position or your contract expires, you are not eligible for unemployment benefits or unemployment insurance.

This rule can be disastrous if you find yourself in a difficult situation such as an injury, loss of assets like a car or home, or a global pandemic ravages the world.

Une employment is often the dinghy that keeps people afloat when labor is unavailable, and money is tight.

Without this benefit, you could go into debt and find yourself in a bad situation.

Read More: Everything you need to know about Uber unemployment

Independent contract positions do not include additional benefits.

Below is a list of possible employee benefits companies can offer.

Not every company offers all of this or any of this, but no independent contracts are eligible for these benefits.

Are Uber Drivers Employees in Other Countries?

Yes, in other countries, the contracts between Uber and its drivers are changing.

Places like the UK and Canada have made recent legal rulings that Uber drivers must classify as employees and be treated accordingly by Uber.

France also recently ruled that Uber drivers must be contracted as employees, as the wave of change goes through Europe.

Uber recently pulled its services out of Denmark due to taxi laws requiring taxi licenses for their Uber drivers.

Many drivers face severe fines for driving people to places without the proper taxi license.

In addition to this misstep, Uber drivers in Denmark were seemingly not paying their taxes on Uber income.

Uber continues to lobby Denmark transportation officials to get the app up and running again in the country.

So far, it has not come to fruition.

Will Uber Drivers Ever Be Employees?

As more and more workers unionize across America, the likelihood of an Uber union rises, and the possibility of drivers becoming employees is a definite possibility.

Many drivers for these app-based companies have begun to demand workers’ rights for their labor so they can benefit from labor laws.

In California, there was a push for change, with drivers asking the court to prevent Prop 22 from passing.

However, Prop 22 passed, and drivers continue to be independent contractors.

What Would Change If Uber Drivers Became Employees?

As discussed, a lot would change if Uber drivers become employees.

Their taxes would be withheld by the company, making April less stressful, they would be safe from dismissal without cause and avoid low wages.

For example, servers are protected under employee labor laws and receive wages from their employer if they do not meet minimum wage with their tips.

If the laws for rideshares change, then even on slow nights, drivers would be guaranteed a certain amount of wages proportionate to their time spent working.

It places more responsibility on Uber to care for its employees and protect them from poverty through employment.

While there are advantages to being an independent contractor, most Uber drivers and other app-based company drivers push for employment classification.

In the end, Uber does not guarantee security or wages, making the job difficult as someone’s primary source of income.

There is a definite possibility America will soon follow suit with Europe and change the laws.