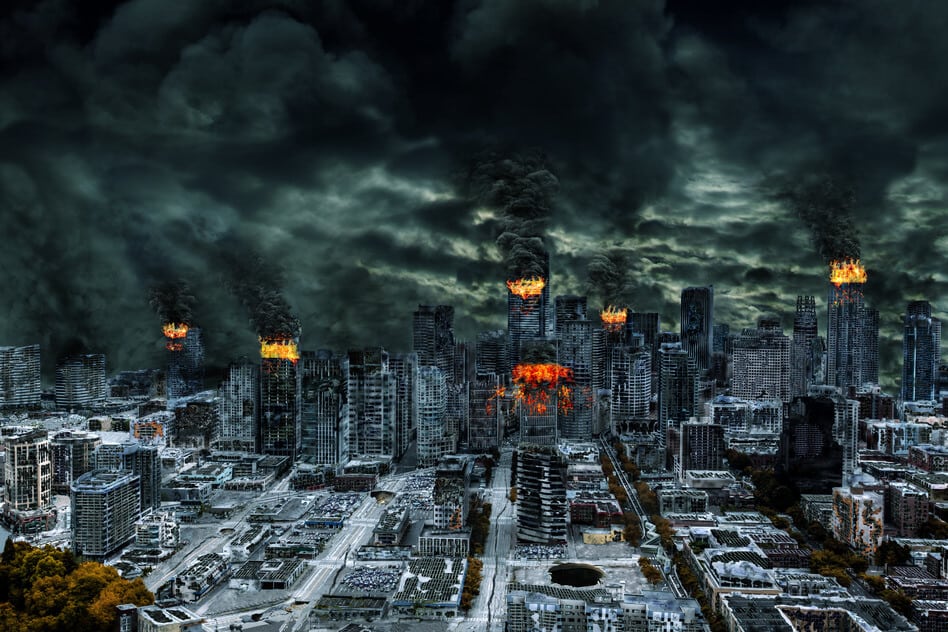 Note: This is the second part in a series of articles about the rideshare fight over Austin Texas. We will continue to update this coverage as time progresses.

As we covered in the first part in our Austin vs Rideshare series, the voters of Austin voted down Proposition 1 on May 7, 2016. On May 9, 2016 Uber and Lyft ceased operations in the city. This created a void which has yet to be filled, thus beginning the anarchy over public transportation in Austin, Texas. Half a dozen new companies have sprung up in the city, operating in total chaos mode, with one even encouraging people to set up their own private rides and avoid the city ordinances and taxes entirely.

Needless to say, the rideshare situation in the city of Austin is rapidly descending into utter chaos.

Austin Texas is a fast growing city, and is listed in the top 10 fastest growing cities in the country. Austin is predicted by Forbes magazine to be the #1 boom town for the next 10 years. The city grew 13.2% from 2010-2014  (That is just the city limits alone). The suburbs are growing equally as fast, if not faster.

From the start, Austin wasn’t a planned city, so the city developers didn’t plan for it to be this big. We have only one commuter rail line which runs roughly north/south. Most major cities would have 6-12 different lines. Our one line cannot possibly reach everyone that needs a commuter train. Not only are we missing the subway and commuter rail systems but we’re missing the roads. We don’t have the highway loops that circle major cities. Some of the major highways like highway 360 have traffic lights on them.

Traffic is a bear and the city needs services like rideshare (or cabs, or both) to relieve traffic. So when Uber and Lyft came to Austin, people rejoiced and a major problem was solved.

Uber and Lyft Pull Out May 9

But as fast as the traffic problem was improved, it was reversed back into the old days with the vote. Thus, anarchy has reigned in Austin over the first couple of weeks because Uber and Lyft pulled out so fast. Even though competitors are launching in the city most weren’t ready for Uber and Lyft to pull out, cobbling together their platforms at the last minute just to get by. The general public isn’t aware of who the competitors are, and they don’t know who to call for rides. Even the taxi companies are trying to bring on board new drivers to fill demand.

The real anarchy is the underground taxi business. Many full-time rideshare drivers lost all their income over night. Many passengers in Austin lost their ability to get to and from work or home safely from the bars. For example: the blind find that the Uber and Lyft apps worked much better for scheduling safe rides. I personally have had blind passengers when driving. The Texas School for the Blind is based in Austin.

This has led to desperation. Both passengers and drivers are desperate for rideshare. They will do whatever it takes to make rideshare work. They will bypass the laws entirely if necessary!

A great example of this is some new companies popping up, and operating potentially left of the law. Arcade City, for example, hopes to be a decentralized rideshare competitor in Austin. According to their web site, their goal is to connect riders and drivers peer to peer with no middleman. They don’t have an app available for download at the moment. (They’re working on an upgrade which they plan to re-launch in June.) In the meantime, Arcade City is encouraging drivers and passengers to connect directly via social media. Their underground Facebook community has over 26,700 members!

I’m a member of another private Underground rideshare Facebook group that has over 6,350 members. Last Saturday night literally every other minute someone was posting a request for a ride. Other drivers posted their contact information so they were receiving direct calls from passengers.

Situations like this may work for the short term, but without regulation, can run into problems in the long run. With people hooking up for rides left and right, the law of numbers indicates that something will go wrong eventually, and when it does, there’s nobody there to help solve them.

City Council Has Unleashed the Kraken

None of these underground rides are being regulated by the city. The drivers haven’t been through any background check. The drivers don’t have a chauffeur license or cab permit. Worse, they don’t have insurance to cover the transportation of the public in their vehicle. How does the city fix the problem they’ve caused? It’s only been two and a half weeks since Uber and Lyft left town.

Worse for city council is the safety issue. Their main premise was to make rideshare more secure by requiring fingerprinting and FBI background checks. Now underground rideshare is bypassing background checks entirely. There is no safety mechanism in place to protect the public! Cars aren’t even marked. There is nothing to prevent a psychopath, rapist, murder, or kidnapper from pretending to be a driver. They don’t have any “trade dress” on vehicles at all.

This type of vulnerability is easy to see, and has the potential to create many more problems than they were initially trying to solve.

It’s clear to see that the city of Austin is desperate to keep control of rideshare. However, I think you can see from this article just how much control the city has lost. How does the city regain control? Or does Austin become the first city to have peer to peer decentralized rideshare?

Are you like my libertarian friend that is happy the city’s plan has backfired? Or are you a driver who is simply trying to make a living? Or are you a passenger simply trying to find a safe way to get to and from work? Do you feel safe with the underground rideshare community? Let us know what you think by leaving a comment below.