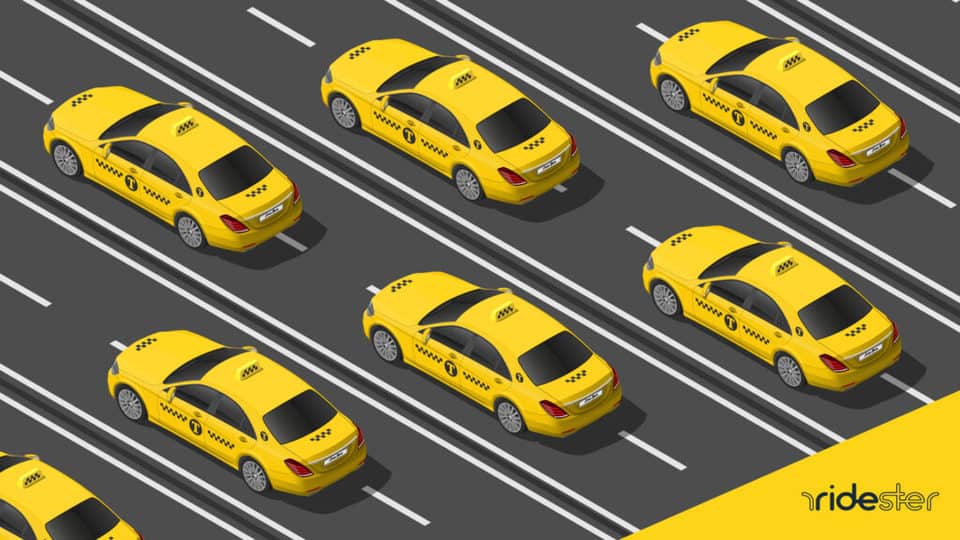 Since the advent of Uber, Lyft, and other non-traditional taxi services, getting from one place to another has never been easier.

However, traditional cab and taxi services are suffering from the ease of finding a local, freelance cab service.

Cab Hound marketed itself as a solution for these problems: it made taxi and cab drivers more relevant and able to keep up with individual courier drivers such as Uber or Lyft.

However, the company is no longer available, having gone bankrupt in 2020.

What Was Cab Hound?

Founded in 2008, Cab Hound was in business for over a decade.

Unfortunately, the app disappeared from the app store, and the business shut down during the 2020 coronavirus pandemic after several years of success.

During the pandemic, everything shut down, and no one used taxis for several months.

While many cab companies and courier services survived this financial setback, Cab Hound did not.

However, this app was also available for customers and made calling a cab easier for anyone who wanted to use more traditional transport.

How Did Cab Hound Work?

Cab Hound was a multi-faceted app and service provider.

It worked to create a platform for cab companies to cut costs and create more customers.

This app had several different targets: the cab companies, the cab drivers, and the passengers.

With Cab Hound, passengers could schedule a standard taxi like they could an Uber.

They would be able to track the car, see the driver’s ratings, and call the cab to their location at a specific time.

Drivers used Cab Hound to ensure that they could meet their ride quota for the day.

It helped them queue up at airports, find passengers, and track their miles.

They could also pick up passengers the traditional way, but Cab Hound offered flexibility and consistency.

These cab owners were able to pull ahead of competitors like Uber because of their subscription with Cab Hound.

What Services Did Cab Hound Offer?

At first, Cab Hound focused on offering an alternative to the newly started Uber, a private courier service.

Cab Hound was created to help cab companies battle the trend of individual rideshare programs and remain relevant in a technological era.

However, Cab Hound soon grew into an outsourcing center for many of a cab company’s needs.

The first app was for cab companies and focused on the subscription that the company purchased.

Cab owners could track their cabs, make payments, and manage their accounts from the app.

Cab drivers also had an app for tracking passengers and rides.

They used it similarly to Uber – they could see the passenger’s location, pick them up, and find the next ride with it.

This app was free to any cab driver whose employer had Cab Hound.

The final app was for passengers.

Another free app, Cab Hound, offered passengers the option to call a registered cab company instead of a freelance Uber or Lyft.

They would be able to track their rides, leave tips, and pay through the app.

The companies could save the money and space put into their customer services and invest that into the quality of work for their cab drivers.

The call center would deal with questions from customers and drivers, focusing on Cab Hound issues and driver-specific questions.

Because of this system, the taxi service could streamline actual rides and create a better overall experience.

Cab Hound made the most lucrative spot for taxis – the airport – an easier place to navigate.

With an innovative taxi queuing system, Cab Hound created a way for the Cab Hound-affiliated cabs to form a line.

The more cabs at the airport, the more passengers would choose a Cab Hound cab.

This benefit took the stress and hectic atmosphere out of finding a taxi at the airport.

It was helpful for both the cab drivers and the passengers.

The system was a Cab Hound original, but several airports now use a similar system by relegating cabs and courier services to specific pickup locations.

By choosing “Green my Ride,” passengers could pay a small fee, and the company would plant a tree to offset the carbon emission caused by the taxi.

It was a popular option from its conception.

Each “Green my Ride” choice helped the environment and decreased the amount of carbon dioxide in the atmosphere.

Cab Hound was the first taxi company or rideshare program to offer a service like this, and many other courier companies soon copied it.

Cab Hound offered non-emergency medical transportation for anyone who needed to schedule a ride to a doctor’s office or appointment.

Although most of Cab Hound’s rides were scheduled at the moment, folks who lived in nursing homes or were unable to drive could use Cab Hound to schedule appointments in advance.

Who Was Cab Hound For?

Although Cab Hound was primarily for taxi cab companies, it worked for any size of company.

Anyone who wanted to export some of their labor to another company for a fee could do so with Cab Hound.

Although it didn’t work for freelancers or individual drivers, Cab Hound was a huge benefit for standard taxi drivers.

In busy cities such as New York City or Los Angeles, they might have passengers the whole time.

However, smaller cities aren’t as likely to need many taxi drivers, especially since the onset of Uber, Lyft, and other personal courier services.

Cab Hound was created with individual taxi drivers in mind.

With it, they could begin to compete with other app-based courier companies.

A passenger who didn’t want to rely on a cab that might be passing by could call a taxi through an app, and the driver could depend on more rates that day.

How Much Did Cab Hound Cost?

Unfortunately, there are no available pricing details anymore because the Cab Hound website has expired.

However, companies had several options, depending on the size of the cab fleet, and would pay for a subscription to Cab Hound.

Depending on which size subscription the company received, they would be able to outsource their customer service, call base, and taxi queuing system.

These options cost money but saved the company labor and time in-house.

Was There a Cab Hound Free Trial?

As the app was required for the tracking to work, drivers would get it for free once their employers subscribed to Cab Hound.

Passengers could also download the free app and didn’t have to pay a subscription to call a taxi.

Like Uber or Lyft, customers would pay for the ride itself, but not the app or the Cab Hound service.

The company offered a free trial of their services for a month before a taxi service would commit.

The trial was available for all mobile services and demonstrated how well the technology would track the taxis and provide more customers.

How to Use Cab Hound

Although the app doesn’t exist any longer, it worked and was easy to use when it did.

Many companies and drivers saw an uptick in users, riders, and services.

The entire process streamlined taxis for everyone.

Drivers used Cab Hound similarly to Uber or Lyft – they would track locations for new customers, tab their miles, and use it as a GPS.

However, Cab Hound worked in addition to a cab’s traditional payment system.

Cab drivers would download the free Cab Hound app once their company paid for a subscription.

Then they would be able to see which passengers needed rides, claim the rides, and drive to that location.

Once the ride was over, drivers would pick up another passenger and continue.

While Cab Hound was primarily for taxi companies and drivers, it offered several unique perks to passengers.

Instead of standing outside in the cold and whistling down a cab, taxi passengers could hop on the app and summon one to their location.

Cab Hound was among the first rideshare apps to introduce ride tracking, both for passengers and cab drivers.

Taxi companies could keep track of their cabs at all times, while passengers knew where their ride was and how long it would take to get there.

In an increasingly technological world, taxi companies were falling behind in the late 2000s.

Uber was a new company that helped people find rides without calling a cab or paying a higher fare.

Taxi companies could use Cab Hound as an outsource for customer service, cutting down office costs and increasing the amount of money they could put into their cabs.

By streamlining their organization, they reduced the fiscal damage that other courier companies were doing.

Although Cab Hound is no longer available, it was an excellent option for taxi companies, cab drivers, and individual passengers looking for an alternative to Uber or Lyft.

Cab Hound opened the door for other rideshare companies to make transportation safer and easier with its revolutionary ride tracking technology.