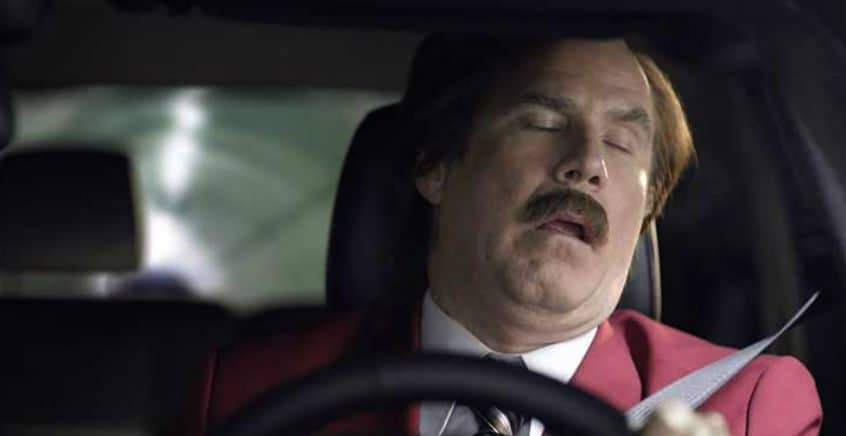 While most of the new traffic laws and legislation being passed are targeted at preventing distracted driving, a new study has revealed that drowsy driving may very well be one of the leading causes of automobile accidents. Those are the conclusions of the AAA Foundation for Traffic Safety which just published a study revealing the “epidemic” of drowsy driving affecting American drivers. The study involved placing both road-facing and driver-facing dash cams in thousands of drivers’ vehicles which collected video on over 700 crashes. According to Dr. David Yang, executive director for the AAA Foundation for Traffic Safety, the data show that much more attention needs to be paid to combatting drowsy driving:

Drowsy driving is a bigger traffic safety issue than federal estimates show. Drivers who don’t get enough sleep are putting everyone on the road at risk. By conducting an in-depth analysis using video of everyday drivers, we can now better assess if a driver was fatigued in the moments leading up to a crash.

Researchers examined the faces of drivers in the three minutes preceding any crashes and found that drowsiness was a key factor in 9.5% of crashes and in in 10.8% of accidents which resulted in serious property damage. Those figures are much higher than previous federal estimates produced by the National Highway Traffic Safety Administration (NHTSA) which determined drowsiness to be the contributing factor in just 1.4% of all police-reported crashes, 2% of crashes which resulted in injury, and 2.4% of fatal accidents.

The disparity between the federal data and AAA figures is likely due to the fact that law enforcement and transportation agencies rarely have access to thousands of hours of driver-facing dash cam footage as in the AAA study. In most cases, police have to rely on driver testimony to determine what factors played a role in accidents. Who’s going to admit they killed someone’s child because they stayed up too late binge-watching The Crown?