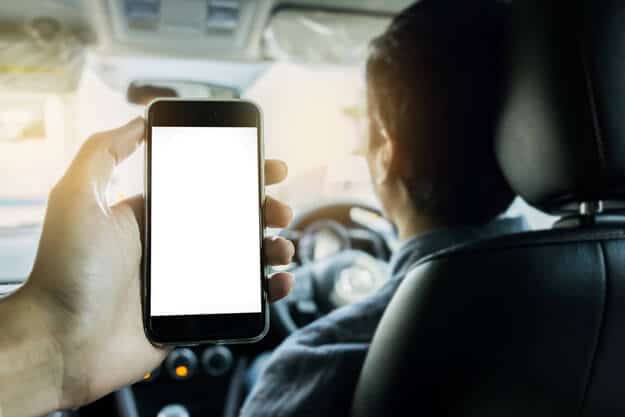 Speeding gets most of the attention on the highway, but there is another ever present danger lurking in the left lane: slow drivers. Many highways post minimum speed limit signs in addition to maximum speed limits in order to ensure that slow drivers do not create unsafe situations. When one person drives too slowly in any lane, it can cause a ripple effect which can back up traffic for miles.

While these slowdowns are caused most often by driving students going through driver’s ed courses, stoners on the verge of freaking out or overly cautious drivers can also frequently be the cause. Whatever the cause was, one slow driver in Indiana found himself the subject of a tweet over the weekend which has since gone viral and sparked a national conversation on the dangers of slow driving.

Sergeant Stephen Wheeles, Indiana State Police spokesperson for the Versailles district in Southeast Indiana, tweeted an image of a vehicle he pulled over on Saturday, June 16 for what he called a “left lane violation” on I-65. According to his tweet, “the driver had approximately 20 cars slowed behind her because she would not move back to the right lane.” Wheeles added that drivers who have vehicles behind them are obligated to move to the right lanes to allow faster vehicles to pass.

As of Monday, June 19, Wheeles’ tweet has been retweeted over 27,000 times, with many commenters joking that Wheeles should move to their states to teach slow drivers a lesson. One user asked Wheeles to clarify if this law also applies to drivers who are going the speed limit, to which the sergeant replied that “the spirit of the law is that since many people drive well above the speed limit, it creates an “accordion effect” as traffic starts backing up behind the slower vehicle.  This is where many of our crashes occur on the interstates. It’s all in the name of safety.”

Should slow drivers get pulled over as frequently as speeding drivers? Was this tweet really in the name of safety?