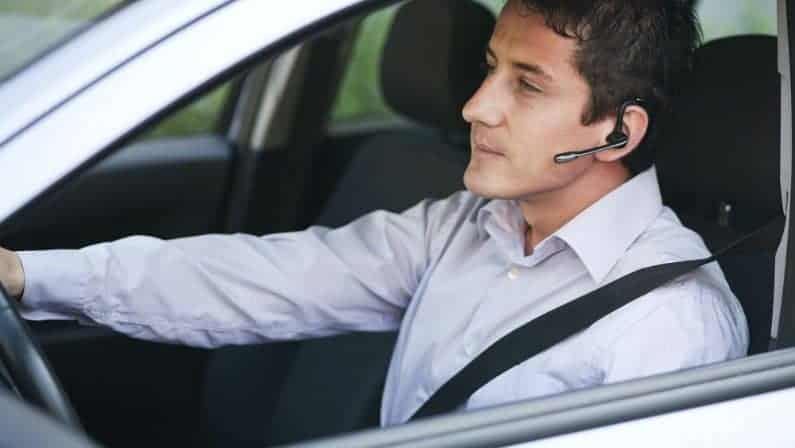 It’s never a good idea to use the phone in the car. Still, many drivers think it’s perfectly safe to carry on a phone conversation while driving. However, many studies have found that even hands-free phone conversations can be just as distracting as other uses of the phone behind the wheel. For that reason, many states have pushed for hands-free only laws which raise penalties on all uses of the phone which involve one’s hands while driving. To strengthen the argument for hands-free only laws, a new study has found that drivers are much more cautious while using phones hands-free. Is it time to make all states hands-free only states?

The study was conducted by the Queensland Institute of Technology in Brisbane, Australia. The study placed 35 drivers aged 18-29  into simulators which presented participants with three different driving scenarios: driving without using a phone, driving while using phones hands-free, and driving while holding a phone. According to their publication in the journal Accident Analysis and Prevention, the authors found that “drivers who engaged in a large number of hands-free interactions are found to select lower driving speed.” Drivers who held a phone while using it, meanwhile, were found to speed up whenever they looked at their phones.

The study also found that drivers who regularly hold their phones while driving are more likely to do so on open highways as opposed to winding, curvy roads or city roads, leading the researchers to conclude that “road traffic conditions appear to play a vital role in self-regulation of secondary tasks and associated driving performance.” Still, despite this self-regulation, the study overwhelmingly found that driving and using a phone “still negatively affects both activities” says lead researcher Oscar Oviedo-Trespalacios.

Study after study makes it clear: using your phone in the car is one of the worst choices you can make regarding your personal safety and that of others around you. It’s been said a million times and ways but it always rings true: your phone can wait.