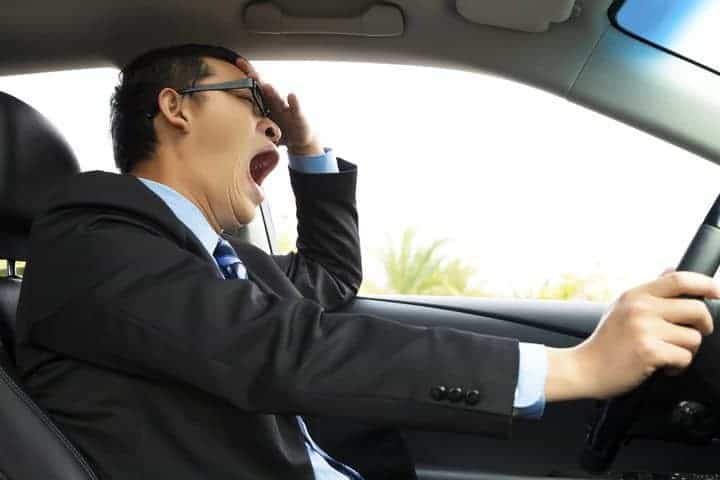 Between the normal risks associated with driving and the significant dangers posed by distracted driving, drunk driving, and good ol’ fashioned poor driving, the road can be a dangerous place. To make things worse, a new study published in association with Harvard Medical School has found that sleep deficiencies caused by common sleep disorders can significantly increase one’s risk of getting in an auto accident. Should driving while drowsy be considered a traffic offense?

The study was conducted by Brigham and Women’s Hospital, a teaching affiliate of Harvard Medical School next door. The study looked at the sleep habits of 1,745 men and 1,456 women between the ages of 40 and 89 and compared those to the cohort’s incidents of auto accidents Researchers discovered that sleep apnea increased individuals’ risk of auto accidents by a whopping 123% percent. Given that an estimated one-sixth of women and one-third of men in America have sleep apnea, the study’s authors suggest that perhaps it’s time to start considering sleep apnea to be a public traffic safety concern due to the significant link with auto accidents:

These findings underscore the importance of developing accessible, valid, and objective biomarkers for determining impairment due to sleep deficiency. They further highlight the importance of ensuring that sleep apnea is effectively identified, diagnosed, and appropriately treated. Finally, in conjunction with the adverse metabolic consequences of insufficient sleep, these findings argue for public health efforts to improve adult sleep health.

Another study published earlier this year by the AAA Foundation for Traffic Safety found that drowsy driving causes eight times more auto accidents than was previously estimated. Are you endangering others on the road by not getting enough sleep? Should driving drowsy be considered a traffic offense as serious as driving under the influence of electronics or substances? These new data certainly seem to suggest so.