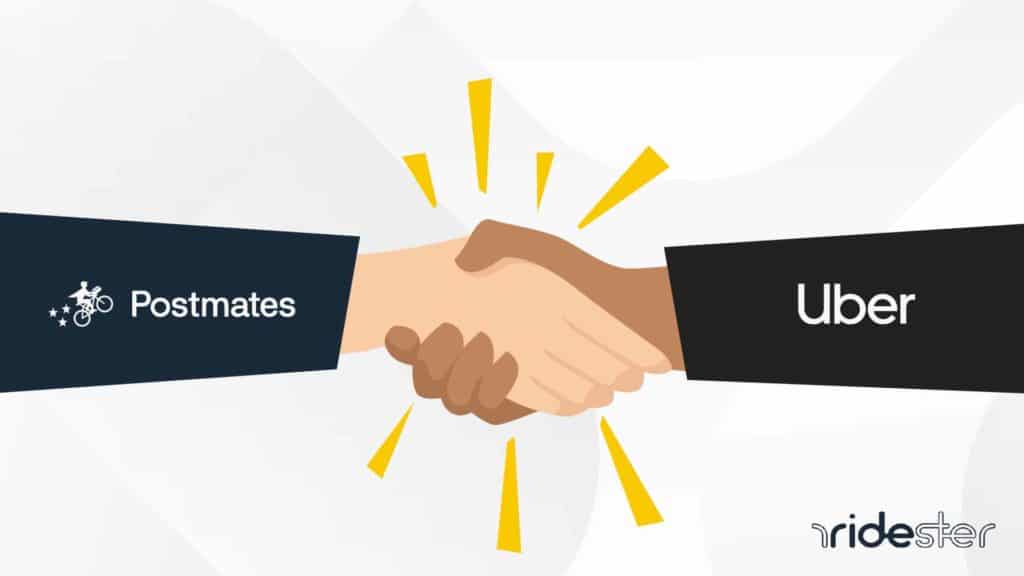 If you’re a frequent Postmates user, you may have noticed that the interface has changed to resemble Uber Eats’ interface.

That’s because Uber has purchased Postmates, even though the Postmates app continues to operate independently.

Keep reading to learn about the acquisition and its impact on the food delivery market.

In 2020, Uber announced that it was purchasing Postmates for $2.65 billion.

While the Postmates app continues to be available after this major consolidation, there have been some extreme changes in how it works for both users and delivery drivers.

Why Did Postmates Sell to Uber?

While Uber has the largest market share of all rideshare businesses in the United States, the same does not apply to the food delivery market.

DoorDash has a higher market share than Uber Eats, even after the Postmates acquisition.

While Postmates was a relatively small player in the food delivery sector, with a market share of only 8%, the acquisition of Postmates Inc. allowed Uber Eats to increase its power and influence in this competitive industry.

Uber wanted to purchase Grubhub, a larger food delivery company than Postmates, but its deal failed.

Postmates was experiencing some problems, too.

Many customers were using larger platforms, and there weren’t always a large enough variety of restaurants on Postmates compared to Uber Eats or DoorDash.

Are Uber and Postmates Now the Same?

On the consumer’s end, Postmates remains a separate app that you can use instead of Uber Eats.

However, the interface closely resembles the Uber Eats app, and you can even link your Uber account.

Furthermore, you may find the selection of available restaurants similar on both apps.

However, on the company end, there is not much of a difference between Uber Eats and Postmates.

Drivers no longer sign up to deliver for Postmates orders exclusively; instead, they need to sign up for Uber Eats deliveries and go through the same approval process as Uber Eats drivers.

There is no longer a fleet of Postmates drivers.

Postmates drivers needed to migrate to Uber Eats and link their Uber account with Postmates, and the Postmates Fleet app stopped allowing couriers to go online.

The same goes for restaurants. Uber automatically onboarded restaurants from Postmates over to Uber Eats.

Is Uber Turning Postmates Into a Zombie App?

There has been some discussion about whether Uber is turning Postmates into a zombie app to retain existing Postmates users.

While Postmates does remain a separate app, Uber has essentially turned it into a zombie, offering only the illusion of choice to consumers.

The restaurants are the same on both apps, so you’ll get the same variety of food options.

Also, Uber Eats drivers are the ones delivering your Postmates orders.

So, what does the Uber-Postmates merger mean for Postmates Fleet and Uber Eats drivers?

How Can Drivers Get the Most out of This Deal?

Uber Eats drivers can benefit from an influx of new orders coming from Postmates users, resulting in more job opportunities.

If you’ve been working for Postmates Fleet, the good news is that you can now enjoy features like seeing your tip upfront instead of only seeing it after completing the order.

Of course, that depends on the customer adding a tip before delivery.

The deal has a dark side for drivers, however.

Uber and Uber Eats tend to have stricter work requirements for drivers than other rideshare and food delivery apps. Postmates was no exception.

Existing Postmates drivers have sometimes found themselves ineligible to transition over to Uber Eats.

As working for Postmates Fleet is no longer an option, those drivers were out of work.

Uber Eats also conducts more extensive background checks, and the process has been dragging out for some Postmates drivers.

We’ve seen how the acquisition affected drivers – it gave them more job opportunities but also made it harder for some to continue working.

However, how will it impact the quality of Uber’s rideshare and delivery services?

That remains to be seen, but it will probably improve the overall experience.

With a larger market share, Uber can earn more money and improve its services.

Uber Eats is still facing some criticism from restaurant owners, who are complaining about its high fees and commissions (Uber charges restaurants 30% for delivery orders on the app).

Uber acquiring Postmates only makes it easier for it to establish a monopoly in the food delivery industry, making it harder for restaurants to work with third-party delivery services.

However, after the acquisition, Uber announced a virtual listening tour to hear out the complaints of restaurant and small business owners.

Despite the criticism, Uber Eats provides a way for people to earn money during their free time as independent contractors.

It also allows restaurants to reach a much larger customer base than otherwise possible.

It’s important to remember that we’re talking about a complete acquisition here, not a “merger.”

Postmates, as we know it, has already gone away, even though the app is available for download.

That may also change in the future – Uber Eats may decide to remove the Postmates app from the app stores entirely at some point.

The good news for consumers is that there isn’t much change on the apps.

However, users may find it easier to order exclusively from their Uber Eats app.

Uber Buys Postmates for Billions Why Did Postmates Sell to Uber? Are Uber and Postmates Now the Same? Is Uber Turning Postmates Into a Zombie App? What the Merger Means for Postmates Fleet Members and Uber Eats Drivers How the Postmates Acquisition Could Affect Uber's Rideshare and Delivery Services Responds to Criticisms with Planned 'Listening Tour'
Comment