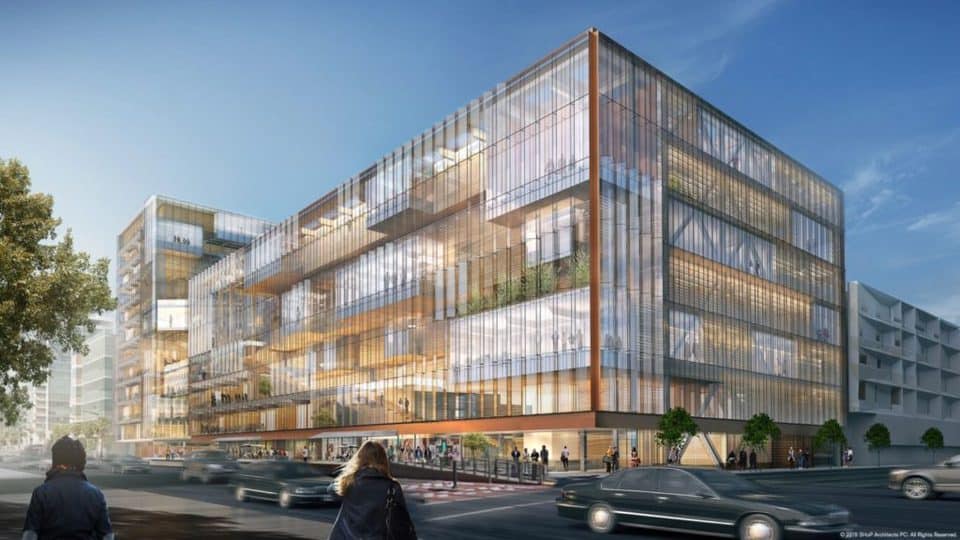 Uber Technologies Inc. has gained popularity in recent years as one of the most convenient ways to get around town and has become the biggest name in ridesharing.

Thanks to some intelligent planning and a more brilliant execution strategy, the company has made its way to the top of the business world.

Today, Uber is one of the world’s largest private employers and one of the most valuable tech companies in the world.

Uber has millions of users worldwide and thousands of drivers that rely on it as their primary source of income.

With headquarters now located in different cities worldwide, you may be wondering how to find the address of your local Uber office building if you need to reach them while traveling in another country or state.

Does Uber Have a Headquarters?

Uber originates out of San Francisco.

In 2009, co-founders Travis Kalanick and Garrett Camp worked from a local coworking space.

The company has since outgrown its humble beginnings and moved into massive headquarters in downtown San Francisco.

What is the Uber Headquarters Address?

As mentioned, Uber headquarters are in San Francisco, California in the mission bay neighborhood.

It develops, markets, and operates the Uber mobile app, allowing consumers with smartphones to submit a trip request routed to available drivers.

You can also get in touch with Uber through their help resources.

The company has multiple corporate teams based in New York City.

The units are in charge of day-to-day company roles mainly relating to Finance, Legal & Policy, Communications, and Public Relations.

You can reach out to Uber directly at any time.

They have an Uber helpline open for both riders and drivers.

Contact the support team via the app, go to the “Help” section and select “Call Support.”

Most people recognize Travis Kalanick as the former CEO and co-founder of Uber, thanks to his highly public resignations from the leadership team and the board of directors.

However, the current makeup of the Uber executive team is largely unknown to the greater public — including drivers — as is the fact that it is possible to contact each of these high-ranking team members.

Below, we’ll list out the leaders of the technology company as of January 2021 and the verified ways that you can reach out.

The current Uber headquarters address should be an accurate business address for each of these team members.

However, for team members who reside in different cities, we’ve additionally noted the address of their local Uber office.

Before we dive in, we will note that the leadership team is unlikely to respond to minor issues or complaints that are better directed to the Uber phone number for drivers.

Instead, Elliot Advocacy suggests to slowly work your way up the ladder if issues aren’t resolved, only escalating to top-tier company leaders if no one else can help you resolve a major issue.

Executive team members who lead a relevant department can be good initial contacts if you’re trying to appeal for or against a big change that affects Uber drivers, Uber Eats drivers, or both.

In these cases, they’re more likely to listen if you’ve gathered a large group of supporters (such as other drivers) behind you.

We’ll also note that in the near future, there may be a new leadership team member coming.

Former Vice President of New Mobility Rachel Holt just recently stepped away from her position, so this team can be expected to change every once in a while.

Uber Board of Directors

Another influential group at Uber is the board of directors.

While it’s made up of professionals from a wide variety of companies, this group essentially acts as an advisory board that helps guide the company’s decision-making.

Here are the names, titles, and LinkedIn pages for the current board, as of January 2021:

Learning more about your own company’s structure can help you with everything from doing your taxes to escalating any issues you may encounter.

Here are some frequently asked questions to help you learn more:

Can I make an appointment to visit Uber headquarters, as an Uber driver?

Unfortunately, Uber does not have a public schedule for drivers to book appointments or even tours through.

If you want to visit Uber headquarters, you will need to have a purpose for visiting and be invited directly by an Uber employee who works on the campus.

Are Uber Greenlight Hubs and Uber offices the same thing?

No. While Uber offices house the company’s part-time and full-time employees and are closed to the public, Uber Greenlight Hubs are designed for prospective or current Uber or Uber Eats drivers to visit.

At Greenlight Hubs, you can talk to company experts in a one-on-one session, get help with the Uber Driver app, and even get your free annual vehicle inspection.

Where are Lyft headquarters located?

Interestingly, this is within walking distance of the new Uber headquarters in Mission Bay.

Now that you know some of the important Uber addresses, learn about the origin of the ridesharing app and the core leadership team behind the Uber technologies success.

In March 2009, partners Garrett Camp and Travis Kalanick developed a smartphone app that allows people to connect with drivers and launched it as “UberCab.”

They tested the service in New York using only a few cars in early 2010, but it wasn’t until July the same year when the first Uber rider requested a trip across San Francisco.

2011 saw the company change the name from UberCab to Uber.

In this same year, the company officially launched in Paris, where the original idea came up a few years earlier.

In 2012, the business expanded its service by developing UberX.

This development meant that users had access to affordable hybrid cars instead of black car service.

In addition, users could now order ice cream in seven different cities throughout the United States.

Uber signed an agreement with California in 2013, which effectively led to converting UberX into a ridesharing service.

The company also partnered with animal shelters across the US to launch UberKITTENS.

The service enabled users to request about fifteen minutes of warm embraces with cats.

All profits from this venture benefited local animal shelters.

Since then, Uber has grown into a global giant leading the competition in the ridesharing space.

Uber is now available in about ten thousand cities and more than seventy countries.

When and Where Uber Started?

It all started in December 2008 when Garrett Camp and his partner Travis Kalanick came up with a ridesharing service.

The two could not find one cold evening while on a trip in Paris.

The original plan was to create a limo service that you could request through an app.

After the two went separate ways, Camp became fixated on the idea of a ridesharing app available to users at the tap of a button.

He and his friends Oscar Salazar and Conrad Whelan built the prototype for the program.

Eventually, Camp was able to convince Kalanick to join him.

After that, he founded Red Swoosh, which he sold out to Akamai Technologies in 2007.

Kalanick then co-founded UberCab with Garrett Camp in 2009.

In November 2001, Camp and three other friends founded StumbleUpon.

StumbleUpon was the first of its type, an internet content discovery portal that worked like a search engine tailored to meet the user’s interests by drawing on recommendations from linked social networks.

The Uber mission statement is “We ignite opportunity by setting the world in motion.”

They achieve this mainly by providing reliable transportation as often as possible around the globe.

With these Uber Headquarters addresses and points of contact, you’ll be able to find the necessary help from Uber no matter where you find yourself.