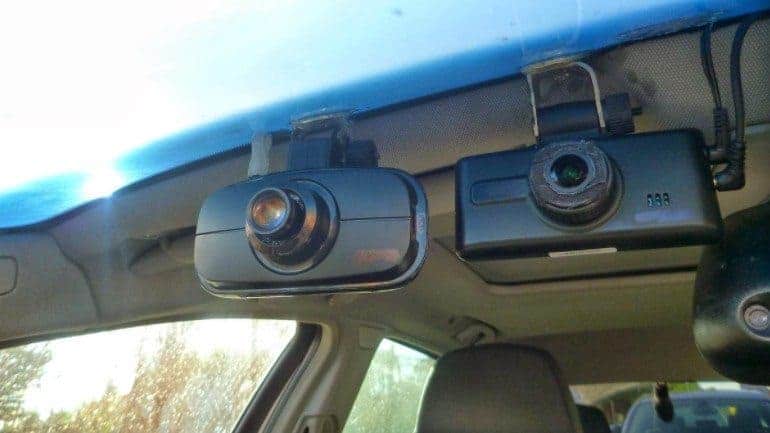 Dash cams are becoming more and more popular with drivers around the world, and for good reason.

Camera technology has improved nearly exponentially over the last few decades, resulting in small, lightweight, and inexpensive cameras which do not obstruct drivers’ views of the road.

With average auto insurance rates continuing to climb across the United States, it’s no wonder drivers want to protect themselves, their loved ones, and their property on the road.

Dash cams often mean the difference in drivers being stuck paying for their own hospital bills and car repair costs or being compensated by the driver at fault.

Better still, dash cams often catch aggressive or dangerous drivers in the act, allowing them to be prosecuted for what would otherwise be undetected crimes.

A reckless driver in the U.K. was recently imprisoned after dash cam footage caught him nearly causing an accident in an act of road rage.

Should dash cams become standard equipment in all cars?

The footage went viral last year when it was posted to YouTube. In the clip, Harvey Michael Schofield, 53, of Stockport, England can be seen driving his red Audi A7 quickly into frame in the right lane – the passing lane in England.

Schofield apparently became enraged at the fact that a dump truck would be in the right lane, as he can be seen accelerating quickly around the truck before then changing lanes directly in front of it.

What Schofield does next is what landed him in hot water – and in jail.

As soon as Schofield swerves his Audi in front of the truck, he slams on brakes to “brake check” the heavy, sluggish dump truck.

Such a maneuver is especially dangerous to back-heavy, loaded trucks which can lose control and tip over in such sudden braking events.

Luckily, the dash cam footage led to his identification and subsequent prosecution.

Schofield was then banned from driving for 12 months and will have to take an extended exam in order to get his license.

Cases like this one make you wonder: how often do similar events occur without a camera nearby?

Or should we all just cross our fingers and hope for the best until our cars start driving themselves?

For more on this interesting topic, check out our guide to how road rage affects your driving skills and judgment.