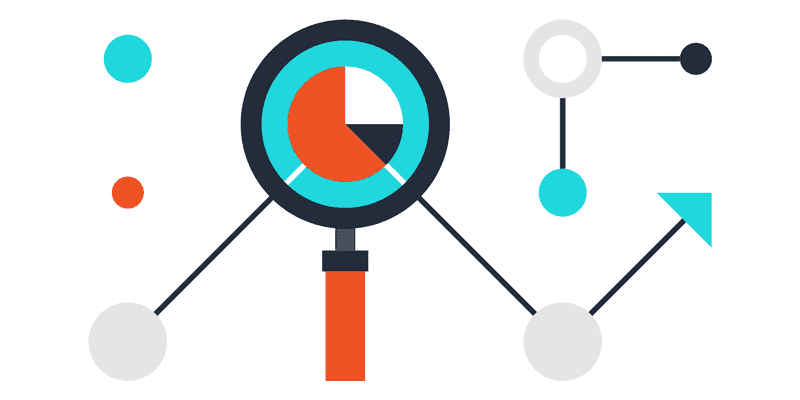 In a surprising recent development in the battle between Uber and Lyft, in the third quarter of this year….

Uber has suffered its first market share decline ever, among business travelers, while Lyft saw its highest quarterly gains since its inception.

Uber’s fall and Lyft’s rise are seen broadly across the nation in cities ranging from Boston to San Francisco and from Los Angeles to New York.

The shocking revelation was revealed in data from the most recent Ride-Hailing report from Certify SpendSmart™, and has been compiled into the 2017 rideshare infographic below.

The report, which “identifies the latest business travel and entertainment expense spending trends analyzing user transaction data collected from its cloud-based system”, is more proof that Lyft is gaining ground on the embattled rideshare king.

So what happened? How did Uber and Lyft get to this point? Let’s take a look at a few key points from this 2017 rideshare infographic.

Lyft had its greatest gains among business travelers in San Francisco, where the scrappy competitor gained 8% on Uber and 1% on San Francisco’s taxis.

In New York, Uber lost 1% to Lyft and 1% to taxis.  New York is the only market where taxis actually gained ground on rideshare with their rise against Uber.  Taxis though are at 34% market share compared to Uber’s 56%.

As time goes on, these numbers should inflate even more, especially as rideshare companies and car share providers expand into new markets and cities with aggressive sign up bonuses for drivers.

Unless the taxi industry can figure out how to innovate and keep up with the convenience and ease of use that rideshare apps provide, the writing is the on the wall.

Prices as a whole fell

The overall ride costs fell a bit overall, with the exception of Uber pricing. Uber and Lyft have been in a price war for years, with Uber consistently lowering their prices and in what appears to be a bet on high volume to compete with competitors.

We anticipate that’ll only get worse with the addition of new competitors like Via, Zipcar, and even scooter startups like

Without going into too much detail on rates and fare pricing, when we take a look at a high-level overview of transportation costs here’s the average pricing that the report finds:

In addition to pricing, the report also outlines the average user rating for all three transportation methods. Taking a look at the averages, we find:

From this data, it’s reasonable to assume that Lyft riders are happier overall with Lyft. Uber riders are happy but there’s room for improvement, and taxis have a long ways to go.

There are a lot of factors that would go into Lyft gaining ground on Uber, but it’s obvious that pricing and customer satisfaction might have something to do with it here.

Tips are increased but still slow

Uber recently introduced tipping to riders, offering a new way for drivers to make money. For years, the fact that Uber didn’t allow riders to tip was a huge advantage for Lyft drivers, but now it’s an even playing field.

While a step in the right direction, riders appear to be slow to catch on, as the report found that the average trip rating is 4.6, with only 3% of riders tipping on each trip.

And when they do tip, it’s an average $3.10 (which in my opinion is actually pretty decent).

A Driver’s Take: What This Means for rideshare

For several months now, the talk among drivers has been about the noticeable uptick in Lyft’s business and corresponding drop in Uber’s.

For the last few months, on slower-than-normal days, astute drivers would tell other drivers to switch on the Lyft app.  It’s very interesting that this data has now come out confirming what many of us were feeling around the country for some time.

It appears that Uber’s recent troubles under the leadership of former CEO, Travis Kalanick, finally caught up with them.

Personally, I think Uber has followed that pattern.

They’ve had a few scandals pop up every year since the beginning, but nothing really stuck or gelled in the public mind.  During that time, Uber’s fast and furious growth continued unabated.  As the scandals continued to mount, more and more people began to notice, but Uber’s growth rolled on.

Finally this year, instead of evaporating, the scandals continued to increase not only in number but in seriousness as well.  The scandals finally gelled in the public mind as symptoms not of a disorganized and hapless management culture, but rather symptoms of deep-seated character problems at the top.

And that was just too much for many people to take.

Take one look at social media and you’ll notice many calling out the company because they believed it had gone against their principles and values once too many times.  A prime example is the #DELETEUBER campaign that gained wide-spread traction on social media.

My belief is that this mode of thinking has been the decision of so many Uber customers that it is now reflected in the latest market share data.

A slip like this opens up a huge opportunity for competitors, as the astute Lyft team has already noticed – and acted upon.  Lyft has adroitly taken advantage of the situation and opened operations in many new cities across America this year.  And they’ve recently won a $1 billion investment from Google.

However, while the future may seem uncertain, Uber still has the time and resources to turn things around.  Appointing a new CEO was a great first step.  Dara Khosrowshahi seems to have just the right mix of qualities to provide the remedy Uber needs.  Lyft gained a little ground in the third quarter, but they still have a vast gap to bridge.

What do you think of Lyft’s recent increase in market share as outlined in our 2017 rideshare infographic? Is this temporary or here to stay? Let us know in the comments below!