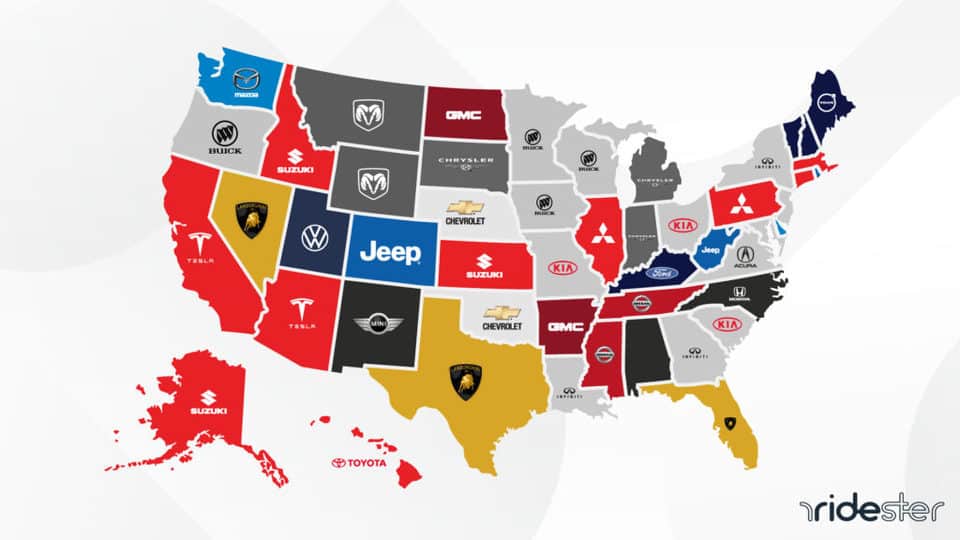 If you made a list of the most popular car brand in each U.S. state, it’d be pretty repetitive.

In most states, Ford and Honda are far and away the most popular auto manufacturers, with Toyota and Chevrolet being the top pick in a few others.

We’ve already made a list of the best gas mileage cars, as well as compiled data on each state’s CO2 emissions.

But that got us thinking — which car brand is most uniquely popular in each state?

In other words, which vehicle manufacturers are, for example, Texans way more obsessed with and covetous of than other states?

Figuring Out What The Most Popular Car Brands Are

We turned to data scientist Matthew Sisco for help. Using consumer search data at the state level, Sisco was able to determine which car brand each state was most obsessed with relative to the national average.

In some cases, the results were what you’d expect.

For example, California is obsessed with Tesla, which shouldn’t come as a surprise since the company is based out of the state. Same thing with Michigan and its obsession with Chrysler.

But other states are a bit more surprising.

Why are Texans so attracted to Lamborghinis?

Perhaps it’s the bravado and power of the vehicle.

What makes the Volvo so popular in New Hampshire (some models sell at nearly 600% of the national average!)?

It’s also worth pointing out that Acura and Buick tied for being the car brand that appears the most, followed by Chrysler, Infiniti, Kia, Lamborghini, Suzuki, and Volvo.

The study uncovers some very interesting and unexpected data in consumer interests.

Do you share the same auto interests as the neighbors in your state?

The Most Popular Car Brands by State

See below for the full list of the car brands each state is most obsessed with along with some additional insights for certain states:

Hopefully this was helpful in pulling back the curtain on what the most popular car brands are in your state.

If you want to learn more about vehicles and maintenance, browse our website’s Education section to learn more.

How To Swap A Lease 2022: Get Out From Under Your Car Lease

Taking Over a Car Lease: How, Why, & The Best Options To Consider

The Most Popular Car Brands By State