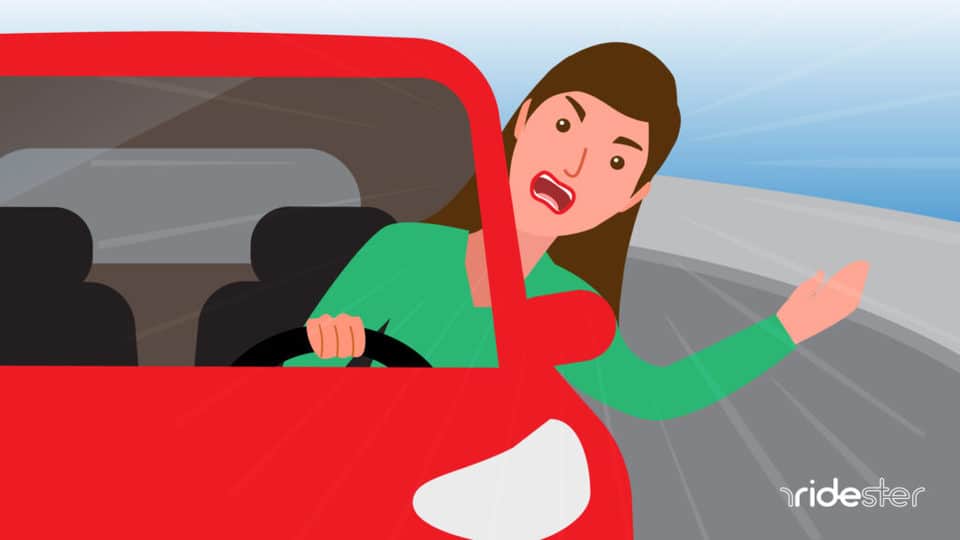 Road rage is a serious issue on the roads today.

It can take many different forms, and it can have dangerous effects on both the driver and other people on the road.

Fortunately, there are steps that you can take to avoid road rage incidents and stay safe while driving.

This post will define road rage, explain its various forms, outline the effects it can have, and provide tips for avoiding it. Stay safe out there!

What is Road Rage?

It is characterized by angry, violent, or impatient actions toward other drivers.

Road rage can lead to car accidents, injuries, and even death.

Road rage can manifest in many different ways, but there are some common themes.

Yelling, swearing, and making aggressive gestures are all signs that a driver is road raging.

Tailgating, cutting off other drivers, and purposely braking are also common behaviors exhibited by road ragers.

There are many factors that can contribute to road rage, including:

Learning how to be a better driver can help you understand what to look for, before this situation happens to you.

How Does Road Rage Impact Drivers?

Road rage is a serious problem on America’s roadways.

In fact, according to the National Highway Traffic Safety Administration, road rage is responsible for nearly 66 percent of all traffic fatalities.

That’s an average of two road rage-related deaths every day.

Road rage doesn’t just impact those involved in the incident.

It can also cause delays and traffic jams for other drivers.

Read more: How does road rage affect your driving skills and judgment?

What if Somebody Else is Road Raging Against You?

If you find yourself in the middle of a road rage incident, here are some things to do:

Try to stay calm: It can be difficult, but road rage is a reaction to stress and anger. The more calm and collected you can be, the better chance you have of diffusing the situation.

Avoid making eye contact: This can escalate the situation and make the other driver even angrier.

Don’t respond with gestures: This includes honking your horn, giving the finger, or making any other hand gestures.

Move away from the aggressive driver: If possible, change lanes or turn off at the next exit.

Call 911 if necessary: If the other driver is following you or trying to force you off the road, call 911.

What to do to avoid getting road rage

Road rage can be a very dangerous and scary thing, but there are some things you can do to avoid getting road rage in the first place.

This can be difficult, especially during rush hour or in bad traffic, but it’s important to keep your cool.

Avoid making eye contact with other drivers, and if someone does something to anger you, don’t respond with a gesture.

Instead, try to let it go and move on.

If you can’t do that, pull over and take a few deep breaths before getting back on the road.

Second, give yourself plenty of time to get where you’re going. If you’re running late, you’re more likely to get angry and road rage.

Leaving early will help you avoid this.

Third, make sure you’re well-rested before getting behind the wheel. If you’re tired, you’re more likely to get road rage.

Fourth, avoid driving if you’re angry or upset about something.

If you need to calm down before driving, pull over and take a few minutes to relax.

Lastly, if you do find yourself road raging, pull over and take a few deep breaths.

Try to calm down before getting back on the road.

Road rage is a serious problem and it’s important to be aware of it.

By following these tips, you can help avoid road rage and keep yourself and others safe on the road.

1 thought on “Road Rage: Definition, Forms, Effects & How To Avoid”