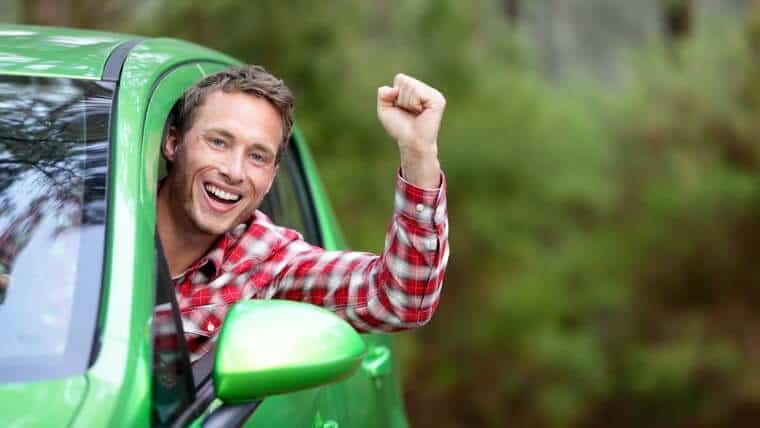 In a surprise ruling that will have huge implications for rideshare drivers, the California Supreme Court, handed down a decision that may well force Uber and Lyft to reclassify drivers as employees.  In the case called Dynamex v. Superior Court of Los Angeles, the court redefined and clarified the law on independent contractors.

This of course would not only affect Uber and Lyft but all other gig-economy companies, that use independent contractors to perform the main work of the companies.

In the past, there was a vague set of parameters that companies and courts used to decide which was which.  The old parameters were so nebulous that companies could pretty much say anyone and everyone was an independent contractor.

For Uber and Lyft and other gig-economy, app-based companies, it seems they mainly used the following criteria:

It was very advantageous for them to classify their workers that way – because they only had the extra costs associated with employment on the heads of very few workers.  And it allowed them to avoid the employment costs for the largest part of their workforce.

Traditionally, there was nothing in the ambiguous words of the law that could stop companies from classifying their workers anyway they liked.  Employment law was so ill-defined on the issue of employee vs. independent contractor that companies could pretty much declare anyone was a contractor – for any reason.

In recent years, thousands of companies have sought to reclassify their employees as independent contractors.  That’s because it saves them a ton of money.  And when one company does it, its competitors have to do it too in order to remain competitive.  It has been a growing trend for many years now.

Part of the vague requirements under the old law were that to qualify as an independent contractor, a worker could not be under the same kind of control and direction that employees are under.  They had to be free to perform their work as they wished.  However, lawyers soon began to realize the fact that “control and direction” wasn’t exactly well defined.  It could mean a lot of different things.  A typical employee works in a company’s building and the company tells them what time they have to be at work, how long they have for lunch and at what time they’re free to leave.  In other words, they exercise a lot of control and direction over how and when the employees perform their work.  So, this became part of what was looked at by the courts when trying to decide whether or not a worker was an employee or an independent contractor.

But with the new technologies of the internet it became less and less necessary for people to work such a strict schedule.  In fact, they don’t even really need to work at the company’s offices much anymore.  So, companies started converting employees to independent contractors.  If a case was filed against them, they would often use the defense that they no longer controlled the worker’s schedule.  And courts would often basically say, ‘fine, that’s all we need to hear.’

But this new ruling from the California Supreme Court changes everything with the addition of one more simple requirement.

Employers must now show that the workers they want to classify as independent contractors perform “work that is outside the usual course of the hiring entity’s business”.

Just let that sink in for a minute.  Do drivers for Uber, Lyft, GrubHub and the others, perform work that is “outside the usual course of business”?  No!  Not at all!  In fact, they perform work that IS the business!  Without the drivers they have no business!  Drivers are absolutely essential

As an example of what the new addition to the law means, let’s say you work for a lawyer, delivering important papers for him around your city.  You use your car, you come and go as the Uber accident lawyer needs you.  When he doesn’t need you, you’re free to do whatever you want and wait for his next call.  You don’t get paid during that time.  And when he calls again, you’re free to turn him down.  That is an easy case.  The courts would have no trouble in finding that you do indeed meet the requirements of being an independent contractor.  And with this change in the law, you would still meet the requirements because “delivering papers” is not the central focus or purpose of a lawyer’s work.  It is ancillary to what they actually do.  It is in support of their main business.

Does This Ruling Apply Nationwide?

However, with California being such a large and influential state, and with this ruling being so sensible, there is a very good chance that other states will quickly follow in its steps.  But for now, this only affects California.

Before You Start Cheering…

Before you get too excited, though, here are a few things to think about.  Michael LeRoy, a professor of labor law at the University of Illinois at Urbana-Champaign, told ArsTechnica that this new ruling will likely “raise costs” for tech firms.  We think you can remove the word “likely” there and just say, it will raise costs – immensely.

He also said, “It’s hard to see Uber sticking around to bear these new costs.  Over time, they might consider withdrawing from this immense market and become more focused on international markets with huge populations and far less regulation.”

I don’t think we’re going to see them going out of business, because these people are extremely tenacious, ambitious, creative and persistent.  They will come up with a lot of creative ways to stay in business.

With that said, their companies will have to dramatically change if they’re going to remain open for business.

It won’t be possible for them to stay in business without dramatic changes because they will have to bear such a huge new cost burden.  It is in fact, the state of labor law at the time they were formed that made it possible for them to exist in the first place.  If they had never been able to bring on drivers as independent contractors, it’s very unlikely they would have even considered going into business.

They really only have two choices now.  The first one is unthinkable – that they might pull out of California completely.  Their only other choice is to figure out a way to completely restructure themselves so that they can accommodate this new law and remain in business.

How could they restructure?  There are a lot of ways they could reorganize to accommodate this new law, but the first casualty will be passengers.  Their access to nearly instant and universal service would be greatly curtailed.  The service will no longer be universal.  These companies aren’t going to pay hundreds of drivers hourly rates to have them sit out in less busy suburban or rural areas hoping a call or two might come in.  But today, an individual driver who lives out in the sticks might be more than happy to sit at home all day with the app on – thus improving service for those in more remote areas.

And service to passengers will surely no longer be nearly instant, either, because the companies will be a lot more efficient with their distribution of drivers.  Which means they’ll have a lot fewer excess drivers sitting around.  Which means, it will take drivers longer to get to passengers.

The very first thing they’d have to do in any type of restructuring is greatly reduce the number of drivers.  Right now, they don’t care how many extra drivers they have.  They don’t care if there isn’t enough work for 40% of drivers – because they don’t pay drivers anything unless or until they get a trip.  So, if a driver wants to sit around all day on his own dime, in an area that’s not busy – what do they care?  But if they have to pay $15 an hour, plus all kinds of benefits and other expenses, you can bet they aren’t going to have any un-needed excess drivers sitting around.  I would guess that this would mean easily 30%-40% of their current drives would be removed from the system.

New Expenses Companies Will Incur if Independent Contractors are Converted to Employees:

If California drivers are re-classified as employees, they will have rights to the following state-mandated benefits – and these will represent new expenses to the rideshare companies:

It’s hard to say just yet.  It could go either way though.  A very good argument can be made that says if not for the ambiguity in employment law regarding independent contractors, Uber and Lyft never would have existed in the first place.

It is in fact because they were able to start up with a huge workforce of independent contractors that made it possible for them to exist in the first place.  It is highly doubtful they will be able to continue in anything like their current form if they have to re-classify all drivers as employees.

Here are some of the possible consequences and outcomes that might affect drivers:

The bottom line is – while many drivers have clamored for employee status for a long time – it might end up being one of those things that once you get it – you wish you had never asked for it.