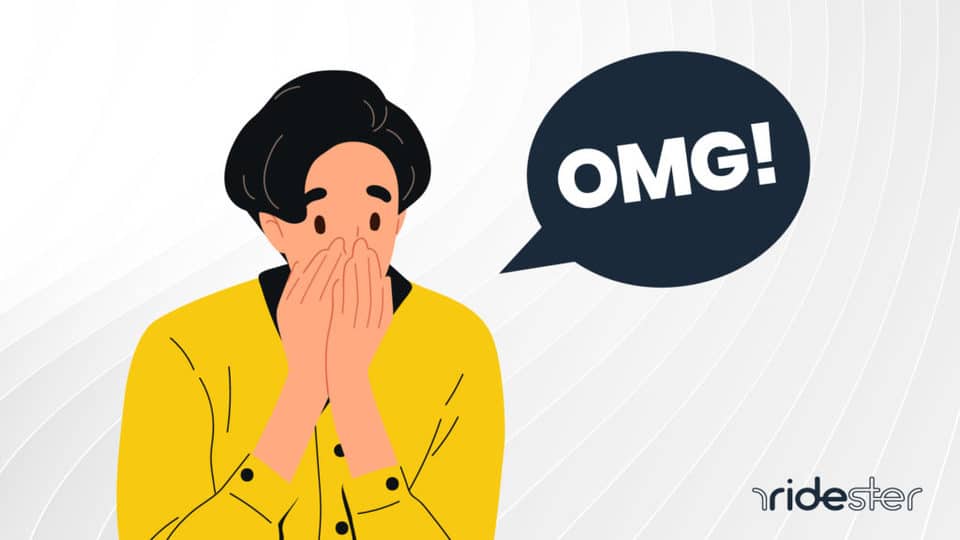 Uber is one of the most interesting companies to learn about.

Its explosive start in 2009 and the groundbreaking new business model it put forth made it one of the most exciting new companies in the world.

However, the Uber scandals and bad press have rocked the company’s foundations, making it one of the most controversial courier companies today.

Has Uber Had Scandals?

Uber is one of the most scandal-ridden courier companies in America.

If they haven’t had the most scandals of any taxi company, their scandals were at least the most publicized.

Uber’s popularity has dropped significantly since the company’s founding in 2009.

In 2017, a string of scandals emerged, one after another.

Starting with the company’s dubious links to the 2016 presidential election and involving sexual harassment scandals, workplace issues, and spying on customers, the turbulent year ended with the resignation of the CEO and founder, Travis Kalanick.

Although the company is under new management and has quieted down within the past five years, those rocky few months still haunt Uber’s reputation and stocks.

The scandals on this list may be mostly from 2017, but they are still fresh in investors’ minds.

How Has Uber Responded to Scandals?

In 2017, Uber had a mixed response to the scandals.

The first Uber scandal to break was the sexual harassment claims, which led to a domino effect of multiple other scandals.

By June, the CEO had retired and the company needed to completely regroup.

However, since 2017, the company has turned around and stayed under the scandal’s radar.

Any potential scandals are dealt with promptly and honestly, as the new CEO, Dara Khosrowshahi, pledged to be forthcoming with the investors and the public.

Although the company has yet to live down the bumpy ride of 2017, the work that it has done in the past few years has given the watching public reason to believe that things are changing for the better.

Here is a list of Uber’s most recent scandals, most of which all happened within the first few months of 2017.

These scandals range in seriousness and length, and the company responded to each of them differently.

Before the scandals of 2017, Uber CEO Travis Kalanick had already made waves with misogynist comments.

During an interview, he jokingly referred to his desirability and women being “on-demand” for him, saying “we call that Boob-er.”

During this interview, Kalanick made other derogatory comments towards women, but referencing women in this way created quite a stir in the media.

When asked about it later, the CEO denied that it happened and refused to apologize.

Perhaps one of the most widespread Uber scandals, the earliest days of Uber were tainted by the sabotage of other ride-sharing apps.

Uber drivers, employees, and managers would schedule rides on other apps to book them and then cancel at the last minute.

This tactic would cause riders to book with Uber instead.

Malpractice such as this caused at least one other rideshare company to go bankrupt, and Uber’s only response was years later, referring to the tactic as “too aggressive.”

A higher manager infamously accessed the account of an incoming journalist to track her location.

Unfortunately, this scandal hasn’t quite been settled because Uber still has the technology.

Although the company paid a settlement of over $20,000 in 2014, the company isn’t monitored closely enough to say whether it’s always used properly.

Spying on Politicians and Celebrities

Using the same technology and regular account names and numbers, some Uber employees used the tracking system and personal information to spy on politicians, celebrities, and even personal acquaintances.

While this issue wasn’t directly the fault of the company itself, Uber’s history withholding private information loosely and the company culture surely contributed to the situation.

Now, the company cracks down on these cases and fires any employees breaching confidence.

The Uber self-driving cars have had several setbacks, causing them to be pulled from the roads.

The technology was tested and put on the roads despite numerous warnings and even an accusation (and extended lawsuit) of intellectual property theft.

However, a crash in Arizona caused Uber to pull the automatic cars in 2017.

They haven’t hit the roads since and Uber has stuck to human drivers.

In January 2017, Uber had to pay a $20 million settlement over their hiring campaign.

The campaign had misled potential drivers by making them think they would make much more than was possible.

The rates the company published online were much higher than what an average Uber driver could make.

Uber apologized and paid the fee but didn’t raise their employee’s wages or trip fares for a while after that.

In January of 2017, there was a #DeleteUber campaign with a huge popularity growth.

Also, Uber canceled its price surge for protestors going to DC, sparking outrage that Uber was capitalizing on rising demand.

The CEO’s personal beliefs were not the issue.

He used his company to further a politician and unfairly treat other rideshare companies and taxi services.

As part of the DeleteUber campaign, a scandal in early 2017 erupted when Uber CEO Travis Kalanick was named as a member of Donald Trump’s financial advisory council.

This move was directly after Trump enacted the travel and immigration ban, so many people saw Kalanick as supporting this move.

After the backlash, Kalanick stepped down from the council and made it clear that his original decision was not supporting the travel ban.

She talked of sexual harassment and casual sexism, as well as a toxic working environment and corporate culture.

This essay prompted a speedy response from the company, which vowed to launch a full-scale investigation.

There were multiple reports of sexual harassment and improper behavior at the company.

CEO Yelling at a Driver

When Travis Kalanick used Uber in Los Angeles in February of 2017, his driver took the opportunity to voice some complaints about the company.

The driver, who had been driving with the courier company for four years, turned on his dashcam and frankly told Kalanick that no one trusted Uber anymore.

Kalanick responded in anger, shouting at the driver and getting recorded the entire time.

He left the Uber vehicle still shouting, and the whole encounter reflected poorly on him and the company.

In April of 2017, another secret was uncovered: Uber executives were using software installed in their drivers’ cars to spy on rival rideshare companies.

Since the drivers were independent contractors, they can drive for both Lyft and Uber.

However, Uber used this technology to spy on their rival and push drivers towards Uber.

The company was overwhelmed by the number of allegations being thrown at them and didn’t fully respond to this one.

However, they pulled the plug on the project quietly.

About a month later, New York City Uber employee drivers discovered that their company had been stealing from them.

By taking more than its fair share of the fares, Uber had underpaid its drivers all over the city for more than two years.

Once the company was discovered, it agreed to pay restitution.

The estimated payout per driver would be $900.

Related: How much do Uber drivers make?

The most chaotic month for Uber was June of 2017.

Not only was the CEO on leave, and an Uber executive was resigning once a week, but the sexual assault claims also resulted in the firing of over twenty employees.

As the investigation raged on, more and more high-ranking employees were pressured to leave, resigned on their own, or were fired for misconduct.

In March of 2017, CEO Travis Kalanick opened up a COO position at the company, citing that he needed help running the business.

He went on leave for a while, coming back to publicly berate an employee, fire 20 people at once, and finally, resign.

Many of Uber’s problems were over once Kalanick left.

However, the company had some major building work to do.

To this day, Uber is working on its public image.

Finally, in June of 2017, Travis Kalanick resigned from Uber, leaving it in the hands of Dara Khosrowshahi.

Since then, the company has been largely out of the spotlight, working on mending a public image all but ripped to shreds by the three short years from 2014 to 2017.

In 2020, Uber’s usage dropped sharply during the coronavirus pandemic.

However, the company has survived that and continues to offer rides all across the country.

What Do Uber Scandals Mean for Drivers?

In 2017, Uber scandals would have made a driver uncomfortable or even ready to quit.

However, the changes Uber made in the past five years made a difference in how workers see the driving service.

Uber drivers tend to not care about scandals higher up the chain because they don’t usually affect the couriers themselves.

Generally, an Uber driver won’t contact anyone in the company very often, so it doesn’t make a huge difference.

However, CEO changes and policy changes can make it difficult for the drivers on the road.

Should Drivers Work for a Different Company?

If you want to drive for a company that doesn’t have as many scandals under its belt, you can.

Because Uber is a contracted company, anyone can quit or get hired at any time.

However, the ethics of Uber are pretty much the same as those of other courier companies.

The main differences between courier companies are where they are available.

In large cities, you will be able to choose from Uber, Lyft, HopSkipRide, or any other courier service.

However, you might have more trouble if you don’t live where other ride-sharing apps are offered.

Uber has been through the wringer with scandals and bad press.

Although they had a rocky 2017, the company managed to fire the right people and pull through.

Now, those in charge are striving to change the company culture and ensure that Uber is safe for everyone.