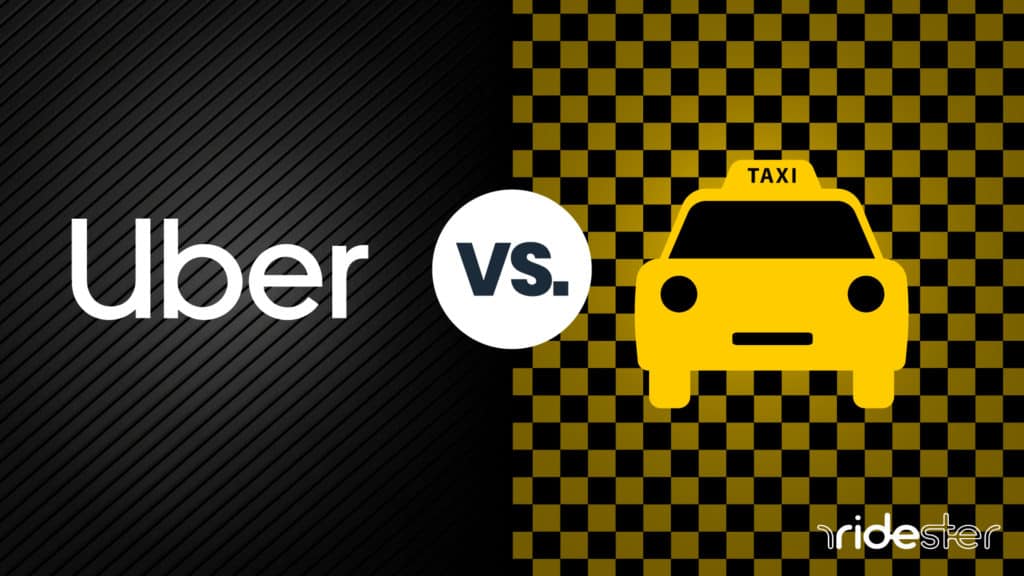 Thanks to the Uber vs taxi debate, one day down the line, we may have to tell our children about times when people used to flag down speeding cabs.

In the future, kids are likely to need the history lesson, because since 2009, the advent of rideshare has created a disruptive change in the way people get around.

In a way, rideshare has become the chosen taxi alternative, whether you’re in Chicago, Boston, Los Angeles, or any number of other cities across the world.

But if you’re still not completely onboard with rideshare services, you’re probably wondering what sets them apart from the taxi industry.

Well, keep reading, because we’re going to show you exactly what sets Uber apart from taxis.

Which Side Should You Pick in the Taxis vs Uber Debate?

There are a few reasons why rideshare companies have been able to capture such a large concentration of the market that cab companies used to dominate.

Let’s take a look at what makes a rideshare service like Lyft or Uber preferable to hailing a taxi.

However, this isn’t necessarily true.

Business Insider published a report that found Uber, on average, to be cheaper than taxi cabs across the country.

In a nutshell, the article finds that unless you are in New York City amid a fit of extreme traffic, the price Uber charges will be cheaper than a taxi fare.

This is particularly true if you’re using the company’s budget flagship service, UberX, which is meant to be cheaper than a traditional taxi.

Plus, when you consider the value of discount codes and promotions, rideshare becomes even more appealing.

If you’re savvy in the way you refer your friends (in person or online) to the app, you could end up paying next to nothing to use Uber.

There’s no way that’s happening with a taxi service.

Moreover, if you’ve ever tried to split the cost of a taxi with your friends, you know that it’s easier said than done.

With apps like Uber, you are able to split fares with other Uber users as needed.

After the ride, the smartphone-driven app generates a clean receipt, and you can conveniently tip your Uber driver after exiting the vehicle through the Uber app using the credit card you have on file.

This is far better than the traditional process of having to awkwardly fumble for a cash tip for your taxi driver or sitting in silence as you figure out how much of a tip to leave.

The best selling point of a service like Uber is its ease of use.

Before, you’d need to take your chances waving down a cab in the street.

This was occasionally an exercise in patience and oftentimes in safety as well.

Your other option was to call the taxi dispatch service to request a cab.

Then, you had to roll the dice and hope that it wasn’t late (as so often happens) and that the cab would actually arrive.

Since those days, technology has advanced substantially, and your smartphone has become your best personal valet.

With the tap of a few buttons, Uber can provide a pre-ride cost estimate, then dispatch a vehicle to your location complete with information such as arrival time, price, vehicle type, and a picture of your driver.

Lastly, but perhaps most importantly, your driver’s rating is also shown.

Unlike in a taxi, you can see what other passengers have thought about the driver’s customer service sensibilities.

In comparison, a given cab driver’s customer service fluency is unregulated and a crapshoot at best.

This behooves a note about the quality of the vehicles.

Uber caps how old a driver’s car can be, and the ratings allow for regulation of car cleanliness.

These are all features you may have wished for in the past while sitting in a cab.

The rideshare industry aims to put the user’s experience back in focus.

The rating platform has worked in establishing a code of customer service amongst drivers that many often felt was lacking in United States taxi companies.

Uber and Lyft’s tethering to technology goes a long way too.

They use the GPS technology embedded in Android and Apple devices to ensure direct routes that lessen the chance of driver taking advantage of their rider with a longer route.

This feature also adds a layer of security when entering a stranger’s vehicle (and both companies make sure to perform background checks of all drivers for added safety).

Uber, Lyft, and their competitors also offer varied services, something not guaranteed when hailing a taxi.

If your group for the night out is large, or perhaps you require a wheelchair accessible vehicle, you may have a problem finding adequate taxi cabs.

With Uber, you can select a service that provides specifically for those things — UberXL and UberWAV, respectively.

Between Uber vs Taxi, rideshare Wins

So why should you consider using a transportation service such as Uber instead of hailing a taxi?

Simply because it’s a better experience that doesn’t take additional hits to your wallet.

With riders often arriving for a better price, rideshare services have established a user-friendly way to secure reliable and friendly rides.

Now, you don’t have to bother walking up and down the block looking for an empty cab or sitting on hold with the dispatch service.

In addition, you don’t have to worry about customer service taking a back seat while the driver takes you the “long way around” for a higher fare.

You can tip and review your driver in private.

Finally, you can relax knowing your ride is on the way.

You can even know when it will arrive. rideshare is the real-deal taxi alternative, sharpened by a better user experience.

Which side have you taken in the Uber vs taxi debate? Let us know in the comments below!

How To Get An Uber Receipt [2 Easy Methods]