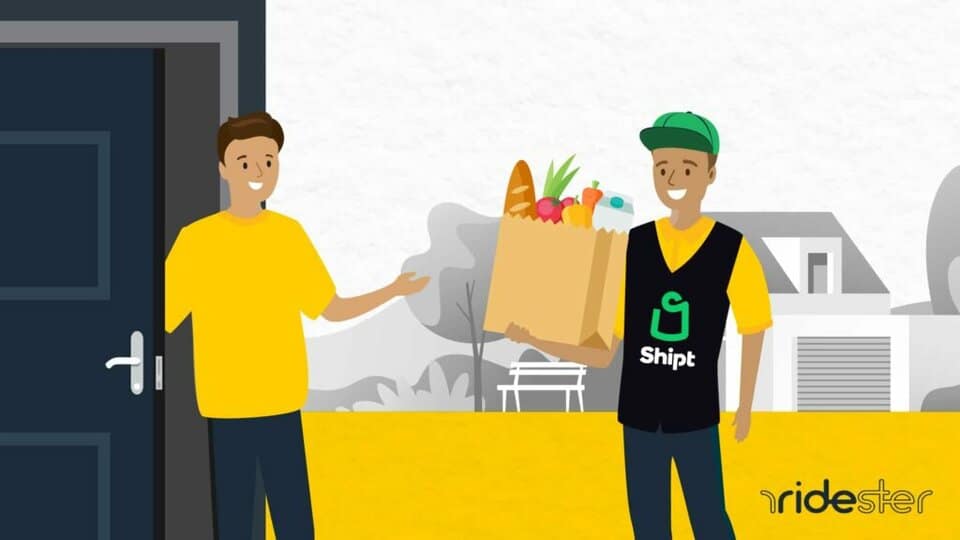 Tipping has become a customary way of showing appreciation for good service.

It is often given in restaurants, hair salons, and other service-oriented businesses.

But do you tip Shipt shoppers?

Here are a few questions you may ask about Shipt and tipping.

In this article, we will answer all your questions about tipping your Shipt shopper.

What Do Shipt Shoppers Get Paid?

The quick answer: Shipt shoppers will make between $15 and $22 per hour.

This average includes the base pay.

It also includes any tips the shopper may receive from each Shipt customer.

In busy cities such as Los Angeles or New York, a Shipt shopper may average closer to $30 per hour on a busy day.

In smaller cities, it’s more challenging to average over $20 per hour.

Larger cities keep Shipt drivers busy because the orders typically run back to back.

Many experienced Shipt shoppers in big markets will receive a new order immediately after completing a delivery.

Shipt drivers in smaller towns will encounter long periods without getting an order.

Overall, grocery delivery income using the Shipt app matches well with what someone earns working as an Instacart shopper or DoorDash Dasher.

Do You Tip Shipt Shoppers?

While tips are not required, Shipt shoppers appreciate them.

Getting quality tips on each grocery pickup can make the difference between making $15 per hour or $25 per hour.

Tipping is a way to show your appreciation for good service.

Think of it as you would when tipping your waiter or valet.

It’s common knowledge that people in the service industry depend on tips to make their jobs worthwhile.

It’s challenging to make the Shipt gig worth it without receiving tips.

How Much to Tip Shipt Shoppers

Here are some ideas to help you decide how much to tip each Shipt gig worker.

When it comes to tipping your Shipt delivery driver, there are a few things to keep in mind.

First, the amount you tip is entirely up to you.

Base it on the level of customer service you received.

Second, you can give tips in cash or through the Shipt app when you rate your delivery experience.

And finally, please be considerate of your shopper’s time by being available to receive the order when they arrive.

With that said, let’s look at how much you should tip for different levels of service.

The official base Shipt tip from the company’s perspective is $0.

However, it’s good to think of 10% as the base tip amount to give a shopper.

Although shoppers do not expect to receive a tip on every order, you should consider tipping each time.

Keep in mind the work involved with getting groceries to appear on your doorstep.

Your shopper must drive to the store, navigate the aisles, figure out how to handle replacement items, wait in line to pay, get the bags into their car, and drive through traffic to your home.

Your tip helps your shopper earn enough to pay for expenses and make a profit.

If you received excellent service and would like to show appreciation with a big tip, we recommend 15-20% of the total order cost.

If you’re feeling generous, you might even consider tipping at a rate of 25%.

We do not recommend tipping if you had a bad experience caused directly by your Shipt shopper.

Consider that a bad experience may not be the Shipt shopper’s fault.

In those cases, it’s not fair to hold back their tip.

For instance, it’s not your shopper’s fault if the grocery store was out of an item.

Another example is when you asked a shopper to shop during a busy time at the store.

On the other hand, if your shopper was rude or disrespectful, you do not have to tip them.

You might consider a 5% to 10% tip if your bad experience comes from a mixture of driver service and other extenuating circumstances.

Keep in mind that you can also leave a Shipt review.

Can Shipt Shoppers See Who Tips?

Yes, shoppers can see who left a tip within the app after completing each order.

Shoppers also see how much each Shipt member tipped them.

The Shipt app shows a shopper their total income from each delivery.

They see the trip base pay plus any tip amount.

Shipt will delay when a shopper sees the tip to avoid awkward situations while you receive your order.

However, your shopper will eventually know whether you tipped them or not.

How Long Do You Have to Tip a Shipt Shopper After a Delivery?

Your Shipt shopper will see your tip two hours after completing the delivery.

You have different times when you can tip your shopper.

You can tip at the time of checkout.

Your shopper won’t know that you tipped them early.

If you decide to modify your tip after delivery, the app makes it easy to do.

Shipt will send you an email confirming your final tip about two hours after delivery.

You don’t need to use the early tip feature.

Instead, consider waiting to tip until after you receive the delivery.

Shipt gives 100% of your tip to the shopper.

You should know that tipping doesn’t affect whether you’ll see the same shopper in the future.

It also doesn’t change whether you get future offers more quickly or not.

It’s simply a way to show your appreciation to your shopper.

How to Tip on Shipt App

Tipping your Shipt shopper is easy to do.

Here’s a step-by-step guide on how to do it.

Then, go to the “Orders” tab and find your most recent order.

Tap on it to open the details page for that order.

Once you’re on the order details page, scroll down to the “Rate Your Delivery” section.

There, you’ll see a “Leave a Tip” button.

Tapping that button will open up the tipping interface.

On the tipping interface, select how much you’d like to tip by tapping on one of the preset percentages.

You can also tap on the “Other Amount” option to type in a custom tip percentage or dollar amount.

Once you’ve selected your tip amount, tap on the “Done” button.

If you’re afraid you may forget to tip, you can use the previously mentioned early tipping option.

You’ll see a chance to tip before finalizing your order at checkout.

You can select one of the percentages that Shipt shows.

The app bases the percentage on the order total.

Tap on the one you prefer or enter a custom tip amount.

As we mentioned earlier, Shipt shoppers do not see tips left for them until after they complete the delivery.

So, don’t worry if your shopper doesn’t say “thank you” right away.

Do you tip Shipt shoppers?

In short, yes, you should tip your Shipt shopper.

The amount you tip depends on the situation.

You can either do this through the app or decide to give a cash tip.

Tipping doesn’t have any negative consequences, so there’s no reason not to do it.

If you have any questions about Shipt tipping, ask us in the comments.

In the meantime, try using the early tip option on your next Shipt order.

Target Instacart: How To Shop At Target Using Instacart

Instacart Customer Reported Order Missing: What To Do