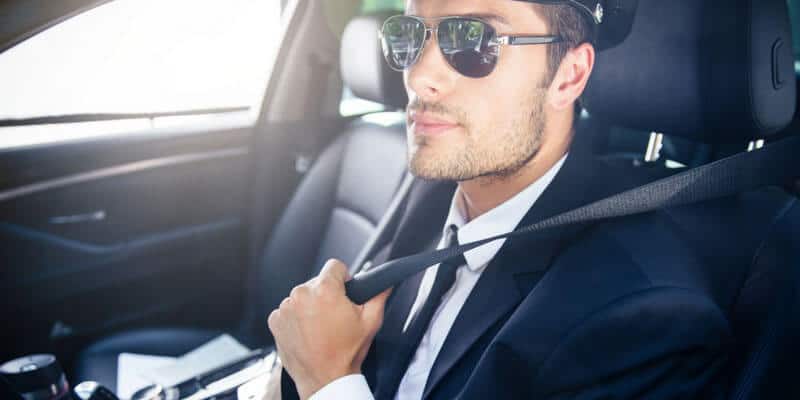 How much do UberBLACK drivers make?

Is purchasing a car for UberBLACK worth the investment?

How can UberBLACK drivers increase their income?

These are questions that many drivers wonder, and are critically important to forming a profitable driving strategy.

Whether you’re considering driving for UberBLACK or are already a seasoned veteran, we have plenty of earnings information that you’ll find helpful and informative.

Today we’re going to figure out how much drivers for this service are making, and crunch the numbers to show you if it’s worth it or not.

Related: How Much Do Uber Drivers Make In 2019?

UberBLACK is the high-end luxury service that was Uber’s first offering when they began operations in San Francisco.

Today, the service is available in most medium- and large-size cities.

In most locations commercial insurance is required and drivers must be professionally licensed or certified by the city or state.

Black cars must be less than five years old in most locales and they must have black exteriors and black leather or vinyl interiors.

In addition, Black cars are high-end luxury cars such as the Audi A6, Cadillac XTS or Lexus ES-350.

How Much Do UberBLACK Drivers Make?

The first thing people want to know is how much money you can make driving UberBLACK.

Well, the only accurate answer to that question is that you can make a lot more per mile and per minute than you can driving for UberX or UberXL!

But that’s not to say that you will ultimately make more per hour-online.

More about that in a minute. In the beginning, uberX rates were higher than UberBLACK rates are today!

For instance, when Uber first came to New York City, uberX was $4.50 per mile.

UberBLACK was $9.00 per mile!  uberX at that time was priced higher than taxis.

It is exactly double the uberX rate.  Around the country it ranges between 2-4 times higher than the local uberX rates.

The greatest thing about driving UberBLACK is that you can make a great deal of money in a short period of time.

For instance, depending on the city and traffic conditions as well as the distance of the trip, you can make anywhere from $100 – $200 in an hour.

$200 if you get very lucky and all the right conditions, in the right market, come together at the same time.

But, it’s not the whole story.

Obviously, if everyone was making $100-$200 an hour, everyone else would be rushing down to the local Uber office to sign up!

You’d probably even see doctors and lawyers running down to sign up!

So, Black drivers are not making $100-$200 an hour on average, but there are some hours when they do.

Because UberBLACK is a lot more expensive than uberX, you get a lot fewer trips than you do with uberX.

Since Uber is not forthcoming with trip data, we will describe this from the personal (verified) experience of real drivers.

Breaking Down The Numbers

What usually happens if you compare a New York City uberX driver’s daily invoice to an UberBLACK driver’s, you will typically see that both drivers spent a lot of hours online.

And by a lot of hours, we’re talking at least 10 hours.

In those ten hours, the uberX driver will have done 15-20 trips.

The UberBLACK driver will have completed 4-7 trips.

It is possible for a Black driver to make the same dollar amount as an X driver, but he will have done so with a lot less effort, a lot less miles driven and a lot less hassle.

But, he would have also had a lot more waiting time.

He’ll put in the same number of hours “online”, it’s just that a lot more of those hours will be spent idle rather than driving.

By “online hours”, we mean the number of hours the driver is online with the driver app and standing by to take calls.

For example, the UberBLACK driver may be sitting in a Starbucks knowing it’s going to be a couple of hours before he gets a call, while the uberX driver is out furiously running around, completing $5 trip after $5 trip!

Big money can be made with UberBLACK, but it’s not at all guaranteed.

And with Uber changing everything every few months, it’s not a sure long-term bet.

Just this year in New York for instance, they drastically reduced the geographic area New York City drivers were allowed to drive in.

In the area that they cut drivers out of they also slashed prices by 50%.

This was a great shock to New York drivers and some are still reeling from it.

A lot of guys, who were financially on the edge, lost their cars.

The bottom line: don’t go out on a financial limb to drive UberBLACK.

If you can just barely afford the car, don’t do it, because the stability that you’re going to need just isn’t there.

Another factor that makes it a risky long-term bet is the fact that Uber puts no limits on the number of cars they’ll allow in their system for any given city.

They allow tons of new drivers to sign up for the platform.

What do I mean?

This year in New York, for instance, Uber’s “Black” passenger base has grown significantly over last year, yet drivers are seeing their earnings actually going down.

The reason is because Uber has continued to pour new Black car drivers onto the road.

They did seem to realize they needed to cut back on the number of cars, so they instituted a minimum-rating requirement where Black car drivers would be required to have at least a 4.80 rating.

Apparently though, so many drivers were above 4.80 that whatever small reduction this has produced has not offset the number of new drivers Uber continues to add.

Our view is that long-term earnings security for UberBLACK is low.

So, don’t go out and overspend on a car if your sole intention is to use it to drive for UberBLACK .  You could be putting yourself into great financial risk.

It All Depends on Where You Are

In the end, how much UberBLACK drivers earn is largely dependent upon where they drive.

Some cities are far more conducive to UberBLACK than others.

Very wealthy cities like New York and LA, are naturals for UberBlack.

Two factors that are key for a particular city to possess in order for UberBLACK to be viable, are:

New York and Los Angeles certainly have their fair share of wealthy showoffs!

And they are naturals for UberBlack.

A city like Phoenix, while possessing a lot of wealth, is not nearly as wealthy as LA and New York and its wealthy people tend not to be quite the showoffs that New Yorkers and Angelinos are.

If they were, they’d live in LA or New York!

If you’re considering driving UberBLACK, you need to consider the characteristics of your market.

Is there a large core of wealthy people who live in your area?

Do you think they’re likely to spend 2-3 times what uberX costs to get a little extra comfort?

Or are they the very practical kind of wealthy people who no matter how much they have, they’re always going to spend it frugally?

My Take On How Much UberBLACK Drivers Make

The best way to get a sense of your city though is to simply talk to UberBLACK drivers.

And the best place to find them is in the airport holding lot while they’re waiting on a trip.

If you’re an uberX driver, just go up to some Black drivers in the lot and start up a conversation with them.

They’ll probably be more than willing to help you.

They will naturally tell you things are very hard, but you’ll want them to show you.

Don’t believe anything they tell you about earnings unless they show you their earnings on the driver app.

Drivers love to exaggerate their earnings – up and down – so you’ll want to see for yourself on the app.

But the guys who are doing well, will want to show you on the app – because they love to brag!

In the end, Uber is not about to make earnings figures available to the general public.

So, the best ways you can get a sense of it is to check back with us here at Ridester often.

We’ll be posting information on this as we get it.

And talk to current drivers and see if you can get them to let you look at their actual earnings as displayed on the Uber and Lyft apps.

How much do UberBLACK drivers make in your area? Have you seen success with this type of service? Let us know in the comments below!

6 thoughts on “How Much do UberBlack Drivers Make?”