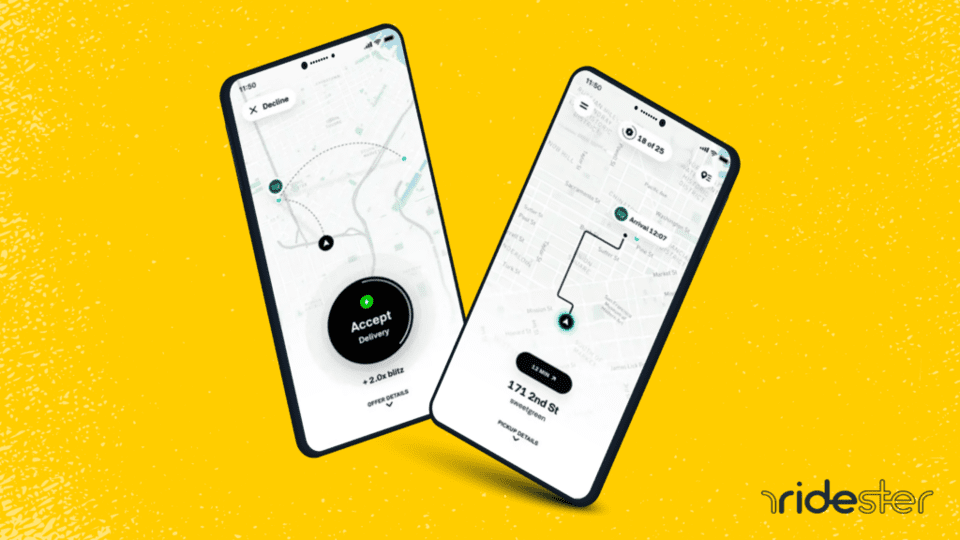 Uber acquired Postmates at the end of 2020.

Although Postmates may have thought this would have meant more business and an upsurge in Postmates drivers, the opposite was actually the case.

Uber, which is in control of Uber Eats – a direct competitor to the likes of DoorDash, Deliveroo, and Postmates – took Postmates Fleet offline for good.

Uber wanted to make sure they had better control of the food delivery market and removed any competitors.

By shutting down the Postmates Fleet app, Uber Eats made it possible to direct potential drivers to the Uber Eats website.

Let’s see what the Postmates Fleet app was, why it went offline, and what that means for the future of Postmates’ drivers.

What Was the Postmates Fleet App?

The Postmates Fleet app was a tool that provided a Postmates driver with easy ways to get around and deliver food in no time.

Just like Uber and Lyft, which have two apps – one for consumers and one for drivers – Postmates had the same thought process.

The Postmates Fleet app was a helpful way for rivers to earn more money, successfully accept deliveries, and increase earnings.

Drivers could use the app to accept or decline a delivery request, pick up the delivery, and indicate whether they successfully delivered the food, drinks, or retail to the customer.

In short, the Postmates Fleet app was the dashboard for gig workers operating under the Postmates food delivery service to ensure high levels of service and customer satisfaction.

When Did the Postmates Fleet App Go Offline?

Uber stated they acquired Postmates to help customers by providing them with more eatery options, faster service, and personalized recommendations.

Uber acquired Postmates at the end of 2020, the acquisition was officially complete on December 1, 2020, and the app went offline shortly after that in the summer of 2021.

After Uber took the Postmates Fleet app offline in the summer of 2021, there was only a short window in which users could transfer their information from their Postmates account to an Uber account.

After August 9, 2021, users could no longer link their Postmates accounts with Uber accounts.

What Does That Mean for Postmates Deliverers?

If you currently have a job with Postmates, this gives you a few options on how to move forward – and keep your role.

One thing to be aware of is that as an Uber Eats driver, you need to pass a background check.

Every independent contractor who wishes to stay a Postmates delivery driver needs to pass the check to work in the United States.

It doesn’t matter if you have recently passed your Postmates background check; you will have to do it again.

The last thing to keep in mind as a previous Postmates Fleet driver is how to access tips from their old app.

Uber stated that the lifetime delivery count for a Postmates courier would be successfully transferred to the Uber profile once the Postmates driver links their account through their Postmates app.

For drivers concerned about their next steps, they typically have two options – apply to Uber Eats or start using the Uber app instead of Postmates.

For a Postmates driver who successfully applied for Uber Eats and was accepted for the role, the payment and the role are very similar to Postmates Inc.

A Postmates courier will get a weekly earning or the option for weekly cash out.

The pay periods for Uber drivers are Monday to Monday and take a few days to process, meaning they are not instant deposits.

Use the Uber Eats App Instead of the Postmates Fleet App

Those moving from Postmates Fleet to Uber Eats must learn how to successfully transfer their account to Uber via the app store.

A Postmates delivery driver must transfer their information to keep track of their past deliveries, clear earnings, and tip money.

Drivers can then sign up for an instant deposit to their credit card or debit card through the Uber driver mobile app.

Is a Postmates Deliverer’s Job Secure?

Although a delivery driver may have been accepted for an open job role with Postmates, the same may not be the case for Uber Eats.

Uber Eats has stricter guidelines and policies, meaning that couriers who pass a background check with Postmates may not pass the check with Uber Eats.

Those who wish to keep their job must move their information and account to the Uber platform.

Drivers must have an Uber driver account and remain in favorable standing to continue being allowed on the platform and accepting deliveries through the delivery app.

If a gig worker attempts to switch their account to Uber and they are rejected, they will no longer be able to work for Uber Eats/Postmates Inc and make extra money.

How the Merger Works

Although Uber management may consider joining forces between Uber and Postmates as a “merger,” it actually was an acquisition of Postmates by Uber.

Although when the merger was first announced, Uber stated that Postmates would continue to run independently of Uber, Postmates workers soon found out this was not the case in the middle of 2021.

Unfortunately, Uber did not give gig workers ample notice that they would no longer be able to operate independently under the Postmates Fleet app.

Instead, current and future Postmates workers would have to apply to become an Uber Eats driver through the Uber system.

The merger means that Postmates had to lay off 15% of their gig workers in January of 2021 and notify their customers that Postmates delivery was now considered to be Uber Eats.

Although Postmates was once a direct competitor to Uber Eats, Uber’s acquisition of this company has completely changed the food delivery service scene.

Drivers working for Postamtes used to operate with the Postmates app to accept and complete orders.

Nowadays, drivers must apply through the Uber Eats system to pass the background check, apply for an open role, and begin accepting work.