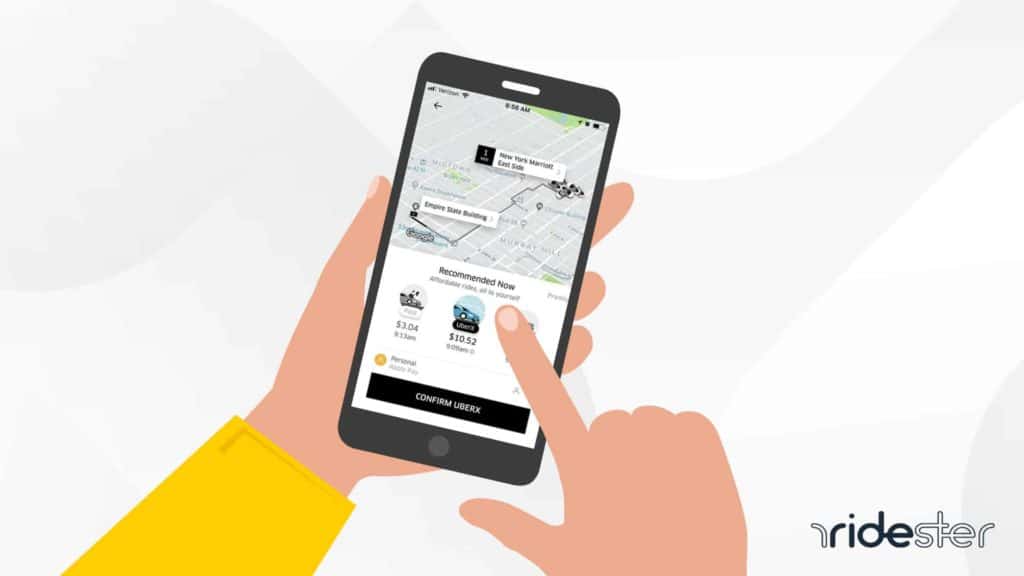 As Uber continues to improve on its services, one thing they have done is cut back on the number of options they offer.

One of these changes was to the Uber Ride Pass, which was Uber’s Flat Rate program.

Let’s take a look at what happened to this service and what it means for you as an Uber customer.

What is Uber Flat Rate?

The Uber Flat Rate program is Uber’s attempt to compete with services like taxi rides and bus transportation.

In these services, a passenger pays a flat rate set by the local businesses or governments when they request the ride.

To make its fares more transparent, Uber had released something similar, called the Uber Ride Pass.

When it first experimented with the idea, Uber released a service called Uber Ride Pass.

This service would let a rider book a ride using a flat rate fare, rather than calculating the fare based on the distance traveled.

It made the fares easier to understand for the rider.

The problem is that Uber no longer offers this service.

Instead, Uber customers can use the Uber One program.

For the cost of $9.99 per month, or $99.99 per year, you can buy into this program that has several benefits, including 5% off of certain rides.

How Does Uber Flat Rate Differ From Taxis or Public Transportation?

When the Uber Ride Pass was around, it differed from a taxi ride or bus trip by offering the rideshare ecosystem in place of the more traditional transportation services.

With Uber’s app, you could request rides ahead of time without having to worry about a bus schedule or using a manual booking method with a taxi service.

This was called Uber Transit.

Plus, payments could be handled within the Uber app, rather than using a credit card, cash, or bus pass when the driver arrived at your destination.

In other words, Uber tried to stand out with its integrated ecosystem and convenience factor.

With the change of Uber Ride pass to Uber One, there’s a lot that has changed with how their fare and fees are calculated.

Let’s take a look at what those differences are and what that means for folks that use Uber One.

How Uber Flat Fares are Estimated

Before, your Uber fares with the Ride pass were determined by your location and what service you elected to use.

Uber Pool and UberX were the only two Uber services you could use the Ride Pass on when it was tested out.

Now, Uber One users instead have a flat 5% taken off their ride’s cost when they use the service.

Uber still calculates your total cost for your ride based on your location and the distance you want to travel, meaning the cost reduction isn’t as obvious anymore.

Still, for most rides, this 5% discount should help you save a few bucks for every ride you take.

The idea behind the Flate Rate from the Uber Ride Pass was that it would allow riders to pay a flat rate for their rides, rather than having the dynamic calculation done inside the Uber app.

A lot of factors go into your total fare, including base fees, tolls, and in-route adjustments.

The Uber One program does something similar in that it gives a static discount to those that have.

You won’t get the intuitive cost breakdown you had from the Ride Pass, but it’s a step in the right direction.

Is Uber Flat Rate by the Mile or by the Hour?

The original Flat Rate cost was by the trip.

Each trip would be a certain fee, regardless of the distance or time, it took to get to the destination.

The Uber One program changed that by going back to how Uber normally handles its fare calculation, then, the Uber One service just cuts a static percentage off the total cost.

It’s not the most straightforward solution, but it seems to have made the most sense for Uber’s inner workings.

Does Uber Flat Rate Save You Money?

Ultimately, the goal of Flat Rate and Uber One was to help folks save money.

By making their rides cost less, Uber hoped to attract more customers to their ridesharing services, which would generate more profit overall.

However, the current setup with Uber One makes it tough to know if it saves you money.

Since it costs $9.99 per month to use right now, you’ll only know if it saves you money if you do the math yourself.

A 5% discount will save you a few dollars per ride or delivery.

So, for Uber One to save you money, you’d have to use Uber services four to five times a month just to break even on the service subscription fee.

To save even more money, you’re probably looking at using Uber more than twice a week to have the partnership be worthwhile.

Where is Uber Flat Rate Available?

As a relatively new service, Uber Flat Rate isn’t in every city.

Here’s some information on where you can use this Uber ridesharing service and how much it will cost you in fares.

When the Ride Pass first came out, it was only available in a few cities while they tested out the service.

Those cities lucky enough to try this out were:

Major cities in the United States, such as Las Vegas, didn’t show up on this list.

Cities outside of the United States don’t show up on this list, either.

However, with the advent of Uber One, riders can subscribe to the program so long as their city accepts Uber rides.

Does the Flat Rate Vary From Place to Place?

The fare that you paid when using Uber Flat Rate depended both on the service you select and which city you order your ride in.

Here’s a list of the known fares across the cities you could have paid using Uber Flat Rate:

Now, you receive a 5% discount on eligible rides when you book them.

This 5% applies across the Uber ecosystem and shouldn’t be affected by your location too much.

How to Use Uber Flat Rate

If the Uber One program is worth it for you, the good news is that signing up for the subscription is easy.

If you’re familiar with the Uber ecosystem, then these steps will look familiar:

In the mobile app, you will find the Uber One service in your account settings.

Selecting the Uber One option there will let you follow the above steps, all from your phone or tablet.

Is It Worth It to Use Uber Flat Rate?

So, with all that information out of the way, let’s look at the money side of Uber One.

With all of these changes made from when the Ride Pass was available, it can be harder to evaluate if Uber One is right for you.

With the Ride Pass now merged with the Uber Eats Pass, the perks between the two passes have combined to create Uber One.

It’s convenient for users to have just one premium subscription to worry about.

But, it means that the benefits are spread across multiple services, such as:

While these are great benefits, they aren’t without downsides:

Uber seems to believe that users want a premium model that goes across their services, not just ridesharing.

While this is great for those customers, it means that things got more complicated for users that just want to book rides.

How Much Do you Have to Use Uber Flat Rate to Make It Worth It?

Ultimately, you’ll have to book a good number of rides just to break even on Uber One.

This amount will change for each person, though.

For example, long rides with more expensive rideshare services will mean the 5% discount goes further than on a shorter ride.

Uber Eats orders also tend to be more expensive than rides, meaning that Uber Eats users might break even or save money with Uber One before a rider does.

To find out if Uber One is the best choice for you, look at your Uber usage and see if you tend to order a lot of rides or food using the service.

If so, then you might stand to benefit from all the perks offered by Uber One.

Since this service is still so new, there are a lot of questions out there about Uber’s Ride Pass and flat rate rides.

Here are some of the common questions we’ve seen out there, as well as their answers:

Airports are a tricky place for Uber due to how many services partner with high-traffic places like airports.

Some airports, such as JFK Airport and LaGuardia Airport, are available options, but check with your area and see if Uber is an option for you.

Can you get a flat rate Uber Lux?

While the previous Ride Pass didn’t account for Uber Lux, the Uber One subscription lets you get a 5% discount on Uber Lux rides, helping to bring the pricing of rides down.

Can you make multiple stops on an Uber flat rate?

Much like other Uber ride bookings, you can elect to have multiple stops with the Uber One membership activated on your account, unlike the Ride Pass from before.

You’ll pay a little extra for this, but the 5% discount can help take the sting out of those fees.

While there were many benefits to the old Ride Pass, the Uber One program has several benefits for the avid Uber user.

With all this info in hand, take a look at your Uber usage and see if this subscription can help you save some money as a rider or customer.