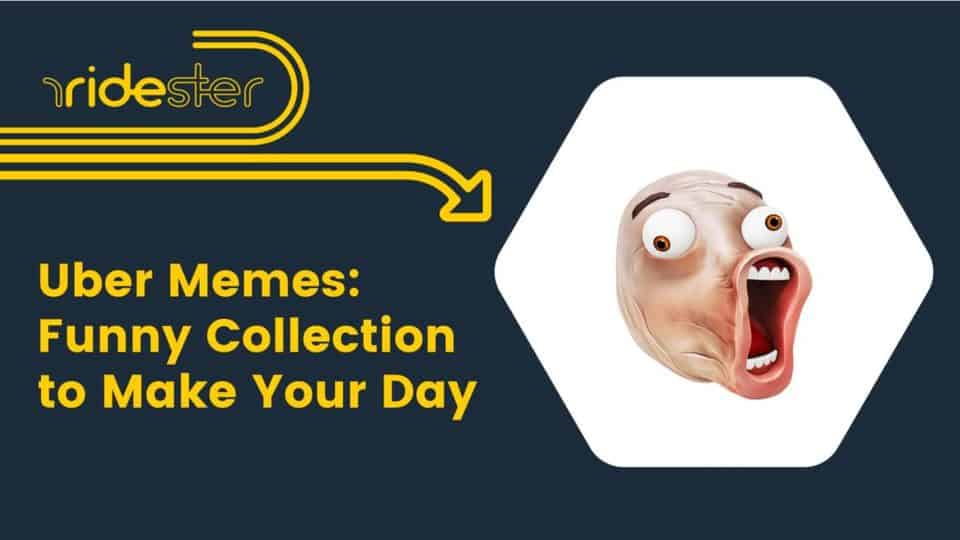 The internet has brought people more information, more opportunities for connection, and — some may say best of all — a countless number of memes on almost every topic.

Even Uber’s ride sharing service can’t escape the numerous meme creators across the web, and we’re totally here for it.

Uber is the biggest ride-hailing company in the world, and memes are all about creating jokes that people relate to, so it shouldn’t be that surprising that there are a ton of funny and relatable memes about the company.

We’ll share 13 of our favorite Uber memes regarding various aspects of the service.

What are Uber Memes?

Internet memes are typically images and quotes spread throughout the internet by people sharing them with others they think will understand and appreciate them.

The funniest memes are ones that people truly relate to.

Since many people have either taken an Uber or driven one, Uber memes can successfully convey particular moments using the ridesharing app.

The memes described below are some of the best memes shared about the Uber ridesharing app experience.

Uber does not require riders to tip, and while most people are thoughtful enough to do so, many drivers are left with no tips — even after a particularly annoying ride.

These two memes speak to the frustration of Uber’s lousy tipping policies.

The first meme highlights the fact that you can shuttle around plenty of crazy, loud, and annoying kids and then simply get a $2 tip.

Drivers who’ve experienced rides like this are likely to find humor in this shared pain.

This meme calls out people who don’t tip.

t’s bad enough not to tip and even worse to lie about it!

This meme is a funny one to send to your close friends with lower Uber ratings if they don’t mind a little teasing.

When you really stop to think about it, Uber is indeed just organized hitchhiking!

At the end of the day, all you’re doing is looking for a ride from a stranger with a car.

This person shared a now-viral post about their unexpectedly sassy UberEats driver.

The experience of having your Uber pull up isn’t a particularly interesting or funny one.

3. Memes About Uber Being Expensive

Uber started as a cheaper alternative to expensive taxi rides.

Now, however, users have realized that the price for Ubers is continuously increasing.

Now that it’s harder to find taxis, and Uber is so convenient, the demand for Ubers has increased, so the costs have grown with it.

The following memes provide a way to laugh about this common frustration.

This particular meme illustrates the initial expectation of Uber and other ridesharing services to be and stay cheaper than taxi rides.

And it’s not only Uber’s ridesharing service that people find expensive but their UberEats food delivery service as well, as this meme humorously addresses.

4. Memes About Passengers During Rides

When Uber first got up and running, many people found it interesting to talk to their drivers during their Uber ride.

Now, however, many people have shared the sentiment that they’d really just like to be left alone.

The next two memes depict that sentiment perfectly.

This person had a wonderfully quiet and undisturbed ride.

To some people, good Uber service simply means being on time and going the right direction — no chit chat necessary.

Speaking of the wrong direction, if you’ve ever ridden in an Uber and you know your driver is not going the right way or missed a turn, things can start to feel quite uncomfortable!

Getting into the wrong Uber is hopefully not as common as it seems, but the anxiety around it makes these two memes hilarious.

This situation depicted here would be a nerve-wracking experience to be in, but if you get out of it safely, it certainly makes for an intriguing story.

This meme conveys precisely why checking the license plate number is so important before getting into an Uber.

You don’t want to end up getting in an argument with someone who isn’t even your Uber driver.

Especially in another language.

Speaking of uncomfortable situations, many people find it kind of ironic that we were told never to get into cards with strangers or talk to strangers online, but that’s exactly what we’re doing with Uber!

Ubers can be wonderful for riders because they provide a convenient, cash-free option for getting to where they need to go.

Uber is also a great app for drivers who wish to make some money on the side or as a full-time gig.

However, both riders and drivers — and eaters when it comes to Uber Eats — may experience some less than ideal moments.

These moments may be frustrating or even nerve-wracking at the time, but at least we can all laugh at them later on through memes!

Also, viewing memes that you don’t relate to might give you more insight into how someone else feels or what they commonly deal with.

If a meme about lack of tipping gets thousands of shares, that might compel riders to remember to tip more the next time they take an Uber ride.

We hope you’ve enjoyed looking at and laughing at some of our favorite Uber memes.