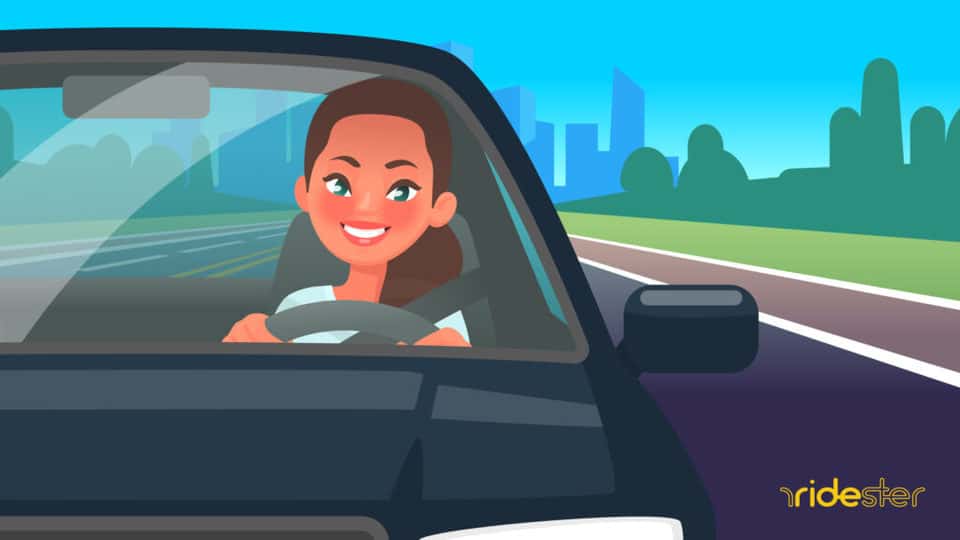 For a growing number of people, it is becoming more difficult to endure the average US commute.

It is no wonder why there is an ever-growing list of ridesharing companies that have completely revolutionized the model of car-sharing.

It can be particularly frustrating when a commuter has no choice but to sit in traffic because of congestion, housing preferences, or sheer distance alone.

Whatever the contributing factors are, America is seeing a consistent increase in average commute time.

What this portion of the population knows all too well is that a long commute can negatively affect the sleep habits, productivity, and quality of life of American workers, it can also induce road rage.

However, not all states or cities are experiencing these changes equally.

What does your commute mean for the environment?

Find out with our interactive car polution map.

In short, the cost of commuting is huge.

The average US commute time is 52.2 minutes a day commuting to and from work, but in many parts of the country, things are even worse.

Over the course of just a week, that’s 4.35 hours a week spent commuting.

According to the Inrix Global Scorecard, US states with the longest commutes have lost over 100 hours per year with over $1,500 per driver expended due to congestion.

This figure, calculated by the Census Bureau, indicates that this 2019 commuter data is steadily increasing from previous records.

Projecting this figure over years and decades becomes even more astounding.

While an increase of a few minutes over a few years or between states might not seem like a drastic change, these increments multiply into losses in productivity in the big picture.

The financial impact of traffic on residents of a city can be as simple as wasted gas or as intricate as delayed transportation workers raising housing costs.

That got us thinking — how many days does the average person spend commuting to and from work over the course of their life?

The average American loses 408 days of their life commuting, and in many areas, the toll is even higher.

Interactive Map By City and State

Using the interactive map below, you can see how many days of your life you can expect to be in the car.

How to Use the Interactive Average US Commute Map

The above map is interactive and easy to use.

If you want to see commute times in your area, simply click the pin icon on the upper-left corner of the map, and it will zoom into your city (assuming you aren’t using a VPN).

You can also click the magnifying glass to search by city name if you don’t want to use your IP location.

From there, simply click on the nearest dot on the map and you’ll see data on that area’s average daily round trip commute time in minutes as well as the total number of days you can expect to spend commuting over your career.

One note for mobile users — you may find the map tool displays better if you flip your device to display horizontally.

So, are you rethinking your commute yet?

States with the longest commute

If you live in or near a densely populated city, you know from experience that this is where much of the country’s congestion lies.

With astronomical populations, many jobs, and popular routes, it is no wonder that the densest cities produce the longest commutes.

Here are the longest-commuting states:

Whether workers are navigating within a city or traveling to and from a hot spot, the transit times quickly add up.

California suffers from long commute times because of its numerous congested cities such as Los Angeles and San Francisco.

Pennsylvania, on the other hand, sees longer commutes due to the more spread out housing community like East Stroudsburg and congested cities like Philadelphia.

States with the shortest commute

Short commute times are an advantage that may be due to proximal living and working locations or lighter traffic.

Depending on the type of job the population holds, they could be more prone to living on-site, closer to work, or driving on open roads.

Here are the states with the shortest commutes:

These sprawling and slow-paced states offer great benefits to workers who don’t want to waste their days on a commute.

How Long of a Commute is Too Long?

When the US Census started collecting data on daily commutes in 1980, the average time it took for citizens to travel to work was 21.7 minutes.

Over three decades, that average shifted up a staggering 20 percent.

Yet, the portion of commutes which were 45 minutes or longer is growing steadily to a solid 17% compared to only 12% of the 1980 population traveling for 45 minutes or more.

The concern lies in a steady increase in commute times.

With more and more time in the day being lost to traveling, it seems like the effect on productivity and even sleep can only be negative.

As we all know, there is no time to spare on this growing problem.

While the recent lockdown procedures between 2020 and 2022 significantly decreased traffic in even the most high-traffic areas, this lull would not last forever.

Already, many areas have returned or surpassed the pre-Covid levels to indicate that the problem of growing commutes is not gone yet.

Considering the effects longer commutes have on workers’ sleep habits, productivity, and quality of life, this is an issue that will continue to grow more concerning, especially as many have tasted the freedom of easier drives and remote working during the pandemic.

Making the Best Out of Your Commute

Though we all hope to see reform and improvements in the tortuous daily commutes, we can still make the best of our lot until quicker and more efficient methods are introduced.

Perhaps the best remedy to the curse of a long drive is to transform your attitude about it.

Here are some ways that you can take back control of your day and enjoy your drive even when it is longer than you’d prefer:

You can also get creative and get paid for car advertising, turning those dead miles into cash.

Car wrap companies like Wrapify or Carvertise will pay you to wrap your car and drive around, giving valuable exposure to brands looking to expand.

The irritation of congested commutes arises in all Americans who have woes of wasted time, lost sleep, and stressful driving.

While there is no simple solution to these large-scale problems, awareness and acceptance can provide at least short-term relief from this frustrating reality.

If you are considering moving to one of these traffic hotspots, be sure to investigate your driving routes and how they may affect the environment and your mental health.

But in the meantime, adopt some of these tips to make the drive more enjoyable.

And don’t forget to use a mileage tracker app to track your miles, potentially saving you money during tax time!

So, how did we calculate the number of days you can expect to spend commuting in your life in each city?

For the purposes of this study, we assumed the average person starts full-time work at 18 (some people start earlier, others a bit later).

We also know the average retirement age is 63 in the United States.

We then worked from the assumption that most people work about 250 days per year, which accounts for 2 weeks annual vacation and time off.

That’s 11,250 days of working/commuting over a career.

From here, we simply used data from the US Census Bureau on average daily roundtrip commute times for nearly 1,000 cities and towns across the country and then did the math.

Credit for creation of the map goes to: Leaflet | qgis2web Map tiles by Stamen Design,
under CC BY 3.0. Data by OpenStreetMap, under ODbL.