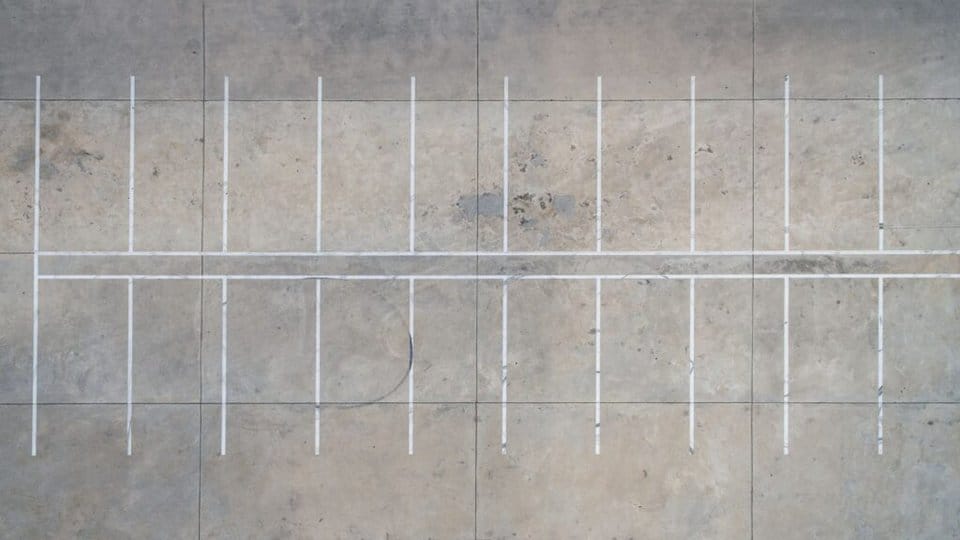 Many people are familiar with the struggle of securing an Uber ride from the airport.

You have to be sure to put your request in before everyone else does, walk to the correct location and wait forever, and then hustle to get your bags in the trunk before traffic gets backed up.

Transportation from an airport can be a stressful process.

However, it’s not just the passenger that goes through an ordeal.

The driver of that Uber may have gone through quite a process themselves waiting for you to request their services.

What Is the Uber Waiting Lot?

The Uber Waiting Lot is an area designated by the Uber Driver app for drivers to park their cars and wait for a request to pop up.

When a driver elects to join the waiting lot, they enter a queue of fellow drivers waiting for requests.

Think of it like a restaurant: you put your order in.

When it’s your turn, they call your name!

That’s similar to what happens here.

Drivers wait in the lot until it’s their turn to receive a request.

It’s a first-come, first-serve basis, so drivers who join the lot are “in line” behind those who arrived before them.

Once a request pops through, the driver can accept it and head to where the passenger is waiting.

Where Are There Uber Waiting Lots?

Waiting lots for Uber drivers are in short proximity to an airport.

Uber has designated boundaries nearby.

Passengers do not have to wait long periods.

Yet, the lots are far enough away to keep other waiting lots and parking garages free of excess traffic.

The lots also keep drivers away from the ground transportation area until they have a confirmed ride.

Is It Worth It to Use an Uber Waiting Lot?

The best part about being an Uber driver is choosing when you work.

Every driver knows that airport rides (both to and from) can offer decent earnings.

Despite this, drivers for the rideshare app must weigh all their options when entering the Uber waiting lot.

The Pros of Using the Uber Waiting Lot

Foremost, the driver is eventually guaranteed a ride.

Any seasoned Uber driver knows there are days when you will drive around for a while, aimlessly waiting for a request to come in.

Joining the Uber waiting lot takes this stress away.

There’s also the draw of more money to the driver.

Typically, passengers hailing a ride from the airport have a long way to go.

The Cons of Using the Uber Waiting Lot

The app tells the driver how many fellow drivers are in the queue waiting for a ride request.

While this is a nice feature, there are usually many drivers already in line.

If many drivers are waiting, the driver could be waiting for a while.

During this waiting time, the driver could be out on the road picking up several other passengers (and potentially earning more money, too).

There’s also never a guarantee that the ride a driver accepts is a long ride with a high fare.

Sometimes, the passenger requesting the ride only has a short distance to travel.

The rider gets where they need to go, but if the driver was hoping for good money, they might be disappointed.

So, Are Uber Waiting Lots Worth It?

Every Uber driver must ask themselves this question while considering airport rides.

It’s nice to know that eventually, a ride will pop up on the app, which guarantees money for the driver.

In contrast, the waiting time can make the driver wonder if they could’ve been out earning better money elsewhere.

Why Airport Rides Are Lucrative

For many drivers, airport rides are the coveted gold medal.

The rides tend to be longer in driving time and miles driven, meaning that drivers see more money in their daily earnings.

It’s also common for the passengers of these rides to add a tip.

Tipping is optional, but passengers will sometimes elect to do so for drivers who go the extra mile (helping with bags, longer drive times, etc.).

However, earning a ride from the airport can sometimes be a headache-inducing hassle for drivers.

The Uber Queue System can be a pain depending on the circumstances.

Issues With the Queue System

The airport queue helps give a fair chance to all drivers to get the desired rides from the airport.

Such as any system designed with the best intentions, the queue system is not without its faults.

Uber guarantees that airport passengers will be picked up by their Uber driver within four minutes.

However, this isn’t a manageable promise since all drivers are coming from the waiting lot.

In busy cities, drivers will take at least ten minutes to get from the lot to the pickup area.

Takes Too Long From the Queue

Many Uber drivers feel that time spent in the queue could be better spent on the road earning other rides.

Some drivers report that they never move up in line, despite being told by the app that they would.

It also has been reported that drivers get kicked out of the queue for various reasons.

Some drivers have received an Uber Eats request that, despite their declining the request, bumped them out of line.

Other drivers have reported still getting requests from nearby the waiting lot, causing them to lose their place in line.

Uber’s page for their Houston drivers picking up passengers from George Bush Intercontinental Airport recommends their drivers pay close attention to the arrival schedule at their local airport to understand when the best pickup times may be.

Knowing ahead of time is sound advice, but if many other drivers are doing the same thing, a long wait in the queue system is inevitable.

According to Uber’s page for drivers in Hong Kong, you can always see how many drivers are currently waiting in the queue before heading to the designated area.

What Is Uber Rematch?

Luckily, a loophole created by Uber could prevent drivers from worrying about joining the queue altogether.

The feature is called Uber Rematch.

The Uber Driver App can automatically assign an airport ride request to a driver dropping off a passenger at the terminal.

How Does Uber Rematch Work?

As a driver drops a passenger off at the airport terminal, the driver app can assign them a new airport ride.

The driver can head directly to the passenger requesting pickup without going to the waiting lot.

The app will automatically assign this ride to the driver.

The driver is only eligible for this new request two to three minutes following their former drop-off.

Uber boasts that this feature reduces the number of vehicles in the terminal area and those in the waiting lot.

What Are the Pros and Cons of Uber Rematch?

If you’re an Uber driver, here are some benefits and drawbacks of Uber Rematch to consider.

The Pros of Uber Rematch

The drivers do not need to do anything at all!

It’s also a score for the driver as they don’t need to head to the waiting lot.

The feature saves the driver time and guarantees them one of the coveted airport rides all drivers want!

The Cons of Uber Rematch

The drivers in the queue probably feel cheated out of a ride.

If there are many arrivals, it may not make much of a difference.

Still, the feeling is probably not great.

Depending on the size of the airport and the number of terminals, the feature may cause riders to wait longer for their driver to reach them using the Rematch tool.

The waiting lots are close enough to the airport to keep rider waiting time low.

Is Rematch Worth It?

It all truly depends on the circumstances of the driver.

The drivers using the tool will love it, given that they will be kept busy.

Meanwhile, the drivers waiting in the queue system missed out on another ride, and their wait times got longer.

Across the board, drivers for rideshare apps love receiving rides to and from the airport.

The money guaranteed from these trips is the profits all drivers crave.

While Uber does what it can to make the system fair for drivers, sometimes the process fails.

Ultimately, each driver must weigh the pros and cons and determine what works best for them.

What works for drivers in New York may not be the same for those in Las Vegas.

Remember this next time you step into an Uber when you leave the airport!

How To Get An Uber Receipt [2 Easy Methods]